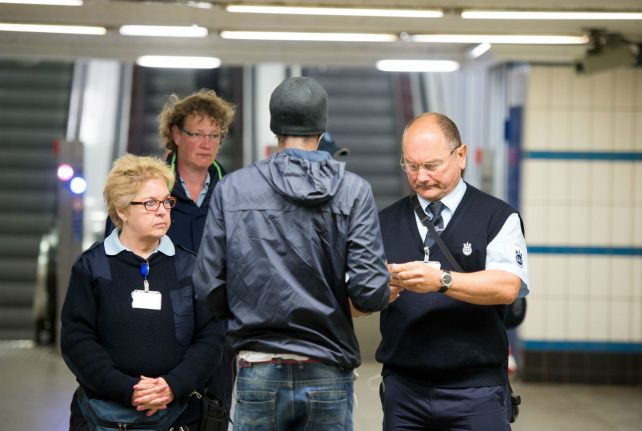 Dirk Behrendt, the justice senator for Berlin told Tagesspiegel on Saturday that it was time to decriminalize fare dodging.

According to the Green party politician between 100 and 200 prisoners in the capital are detained at any one time because they sat on a train or bus without buying a ticket.

Currently, if you use public transport in Germany without having a valid ticket you risk a jail term of up to a year, or a hefty fine. Fare dodging is currently considered to be obtaining a service through deception, which is illegal under paragraph 125a of the federal legal code.

Cases of fare dodging have actually dropped recently, in Berlin at least. But the transport companies have become increasingly willing to have those culpable prosecuted, according to Tagesspiegel.

Up until September of this year the two transport companies in Berlin, the BVG and Deutsche Bahn, made a record 40,000 criminal complaints against fare dodgers.

“In order to get this type of criminality under control we would need to use huge resources in the police department right up to the prison system,” Behrendt said.

He proposed instead classifying fare dodging as a public order offence, meaning that the most serious consequence would be a fine.

“It would be desirable if we could agree on an initiative on this matter at the next meeting of justice ministers,” he stated.

Behrendt is not the first governing law maker to making this suggestion in recent weeks.

The interior minister in NRW, Peter Biesenbach, recently described the fact that someone who doesn’t buy a €1.50 ticket could face jail as “an aberration.”

“Wouldn’t it be sufficient if we classified fare dodging as a public order offence and only made it criminal when it was committed by stubborn repeat offenders?” he said in comments published in the Rheinische Post (RP) in September.

According to the RP, there are currently around 5,000 people in jail across Germany because they failed to pay a fine, the majority of whom didn't pay a fine issued by a transport company.

“On an average Monday alone we pay €160,000 in NRW for people to sit in jail who the justice system didn’t want to put in jail,” said Biesenbach. “They should pay a fine, instead.”

“Firstly, we would free up the police, as they wouldn’t have to process a complaint. But it would also be a relief for prosecutors and the justice system who wouldn’t have to deal with the case anymore.”

The German Federation of Judges has complained that processing fare dodging complaints is one factor which “is stretching the criminal justice system in every way imaginable.”

But they added that “when it comes to fare dodging we see the transport companies as being ultimately responsible, not lawmakers.”

“There needs to be effective controls on access to buses and trains so that fare dodging can be better prevented.”

Transport companies, meanwhile, are dead against the proposed decriminalization.

“The deterrence effect of a jail term as the last resource is totally necessary,” said the Federation of Transport Companies (VDV).

They also pointed out that their ticket controllers only have the legal right to detain fare dodgers as long as riding without a ticket remains a criminal offence .

“If the law changed, our controllers would no longer have the legal right to detain people who don’t have tickets. That would be a free invite to ride without paying,” said the VDV.