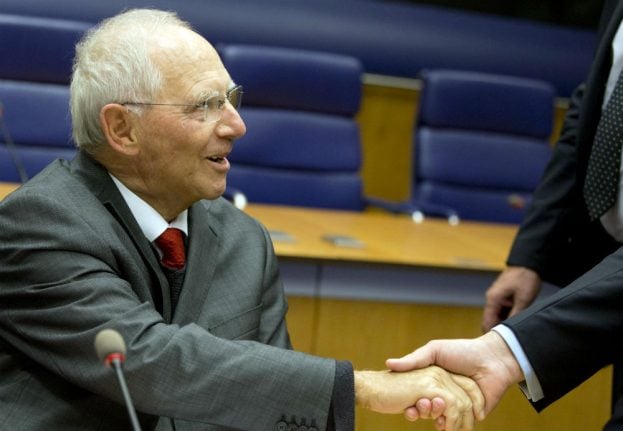 Wolfgang Schäuble at his farewell party in Luxembourg on Monday. Photo: DPA.

Schäuble received a blue and gold EU flag autographed by each of his 18 colleagues, as well as a bundle of one-hundred euro notes especially made with a picture of his face, given by Slovakia.

“Nothing will be quite the same,” Greek Finance Minister Euclid Tsakalotos, whose country suffered through three Schäuble-inspired bailouts, wrote on the flag with a big grey marker.

France meanwhile handed over a 2004 bottle of Bordeaux Grand Cru from the finance ministry's special wine reserve in Paris.

“I imagine it will be very emotional for him and for us because he has had a very special position among us. He's a really fantastic guy,” said Pierre Moscovici, the EU's Economic Affairs Commissioner, and former French finance minister.

One of Germany's most popular politicians, Schäuble steps down to become speaker of the new parliament following German elections that saw big gains by far right nationalists.

“It's not easy, but after eight years, that's enough. It's a good moment to move on to another task,”  said Schäuble, 75, as he arrived for a regular meeting of eurozone finance ministers in Luxembourg.

“Over eight years, we succeeded in a difficult period,” he said, adding that the eurozone was now “in a good position economically.”

Though his austerity cures reviled many Europeans, ministers hailed Schäuble's leadership, humour and passion for Europe.

“He will be missed (for) his experience, his wisdom, his sternness sometimes, but also personally as a friend,” said Eurogroup head and Dutch Finance Minister Jeroen Dijsselbloem.

“He's been a great colleague to all of us, given us advice, sometimes asked, sometimes unasked, (but) always welcome,” he added. 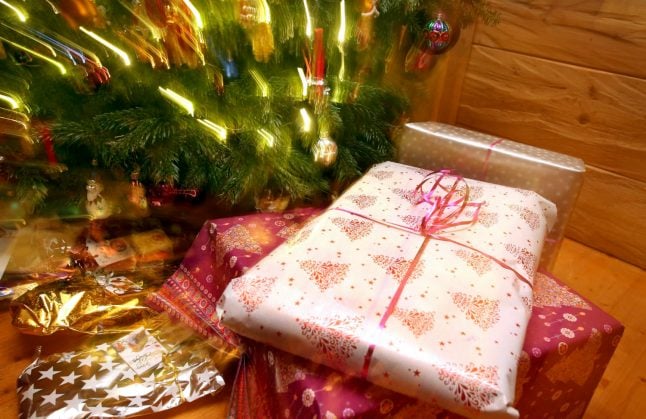