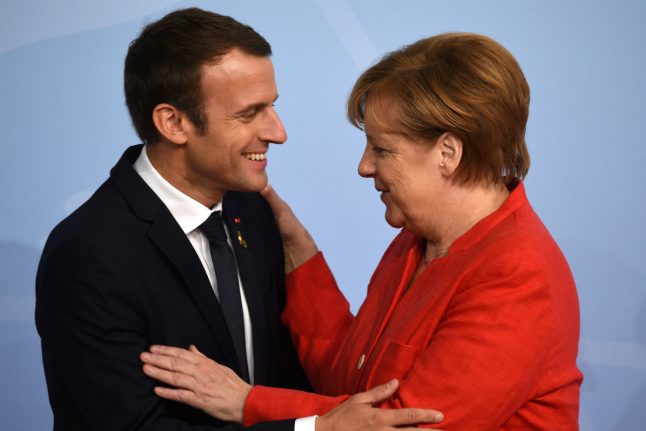 “There is a wide agreement between France and Germany when it comes to the proposals although we must work on the details,” Merkel told reporters before an EU leaders dinner to discuss a raft of reforms proposed by Macron in a landmark speech on Tuesday.

In the speech in Paris, the 39-year old Macron called on his counterparts to recommit themselves to a stalled European project left damaged by Brexit, the rise of populism and the migrant crisis.

Merkel, the EU's most powerful leader, said the speech, as well as a similar address by European Commission head Jean-Claude Juncker, gave “a new impulse” to reforming Europe, including the eurozone.

Macron's proposals for a post-Brexit shake-up of the EU include a finance minister, budget and parliament for the 19-member eurozone, as well as an EU-wide “rapid reaction force” to work with national armies.

“For Germany, growth, jobs and competition play a major role,” said Merkel, who was elected to a fourth term on Sunday.

“In any case, I see the president's speech as a solid basis for France and Germany to continue working closely together,” Merkel said.

Merkel's encouragement will be welcomed by Macron who is keen for Germany's quick endorsement of his reform agenda, but Sunday's election in Germany left the chancellor seeking new allies to rebuild a ruling majority.

Merkel must now try to form a government likely to include the Free Democratic Party, whose leader Christian Lindner considers Macron's call for a eurozone budget to be a “red line”.

Merkel said that given Macron's desire to work closely with Germany, his speech will “certainly influence discussions on forming a new government.”