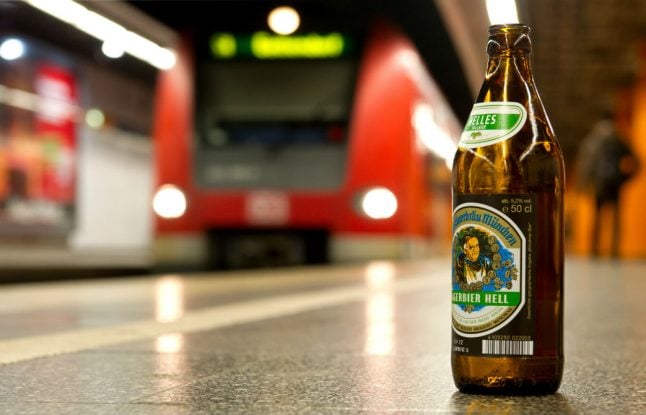 An empty beer bottle at a Munich station. Photo: DPA.

Anna Leeb had been collecting returnable beer bottles in and around the Bavarian capital’s main station to add to her pension for several years, reported newspaper TZ (TZ) on Tuesday. Germany has a “Pfand” system, whereby people who return empty bottles get a small amount of cash in exchange.

Recently while walking through the station and wanting to take a shortcut due to her hip problems, she grabbed a bottle and took it with her. But immediately afterwards she was caught by two Deutsche Bahn employees.

“I was walking through the concourse with my walker – I’d just come from the hospital – and then two male employees grabbed me by the arm and pulled me out of the main station,” the elderly woman said.

The rail officials were the same people who had banned Leeb from earning some extra income at the station two years previously. At the time, she had been warned about collecting bottles as it was against the station rules.

The court has fined the disabled woman €2,000 and she now has a criminal record, report TZ.

According to the rail company, cleanliness is an important factor for their customers. If people “rummage in the waste bins, then a lot of waste falls next to it,” a spokesperson from Deutsche Bahn said.

But Leeb argues that before the ban, some Deutsche Bahn employees had been encouraging with regard to the collection of empty bottles.

“Often conductors have stopped me and asked me if I could pick up empty bottles from the trains,” said Leeb.

The collection of returnable bottles inside and outside of Munich’s main station seemingly remains a problem that nobody wants to take care of.

“They don’t find the real criminals in Munich, instead they have to pluck out someone like me,” the pensioner added.