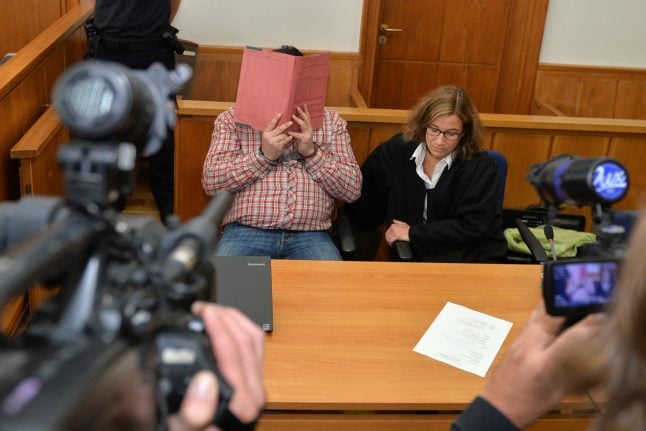 Niels Hoegel, 40, was jailed in February 2015 for two murders and several attempted murders of intensive-care patients at the Delmenhorst hospital near the northern city of Bremen.

Police said on Monday that investigators exhuming and analyzing more bodies had since found evidence of scores of additional murders.

The death toll “is unique in the history of the German republic,” said chief police investigator Arne Schmidt, adding that Hoegel killed randomly and preyed especially on those in critical condition.

There was “evidence for at least 90 murders, and at least as many (suspected) cases again that can no longer be proven,” he told a press conference, declaring himself “speechless” at the outcome.

Hoegel has admitted to injecting patients with a drug that can cause heart failure or circulatory collapse so he could then try to revive them and, when successful, shine as a saviour before his medical peers.

He said he felt euphoric when he managed to bring a patient back to life, and devastated when he failed.

After the revelations of the nurse's murderous obsession, police and prosecutors launched a special forensic commission dubbed “Kardio” (Cardio) to look into other patient deaths.

Presenting their findings, police said Monday that more than 130 bodies had been exhumed and tested for traces of the deadly drug.

The cause of death in many more could not be determined because the remains were cremated, said Oldenburg police chief Johann Kuehme.

Hoegel had admitted to 30 cases in which he named patients he killed, said prosecutor Daniela Schiereck-Bohlemann.

The grisly case dates back to 2005, when a colleague witnessed the nurse injecting a patient at the Delmenhorst hospital.

The patient survived and the health care worker was arrested and, in 2008, sentenced to seven and a half years in jail for attempted murder.

The authorities exhumed several patients' bodies and detected traces of the drug in five of them, declaring it either the definitive or possible contributing cause.

Hoegel was jailed for life in 2015, but at the time it was clear he had murdered dozens more patients, with investigators admitting they may never know the true number.