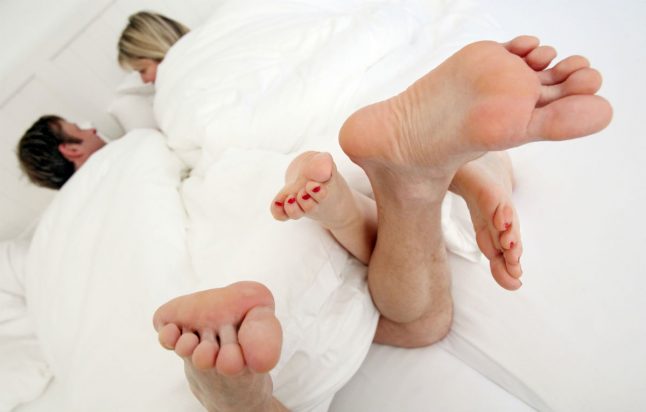 Scientists have evaluated the results of a recent survey on the sexual behaviour of Germans, reported Süddeutsche Zeitung on Friday.

More than 2,500 German people between the ages of 14 and 100 took part in the study, whose findings are published by the German-language medical magazine Deutsches Ärzteblatt.

Psychologists from the University of Technology in Braunschweig assessed the results of Deutsches Ärzteblatt's new survey, emphasizing that the data are particularly interesting regarding the prevention and treatment of STDs. And while new infections linked to HIV, chlamydia and gonorrhea remain by and large constant in Germany, syphilis cases are on the increase.

More than half of the participants say they’re in a strong relationship. Of those in a relationship, 76 percent stated they’ve never used condoms with their partner while 12 percent said they sometimes used condoms.

Other well-known scientific studies in Germany show that 15 to 26 percent of women and 17 to 32 percent of men report having had sex with people outside their current relationship.

But such secretive behaviour can often propagate STDs, with the report's authors pointing out that only one out of every four respondents who had unprotected sex outside of their relationships had a medical examination afterward.

In this light, the researchers believe that doctors play a role in the exploration of risky sexual behavior and education for the prevention of STDs. If a patient has multiple sexual partners, explicit reference should be made regarding transmission of infections and the use of contraception.