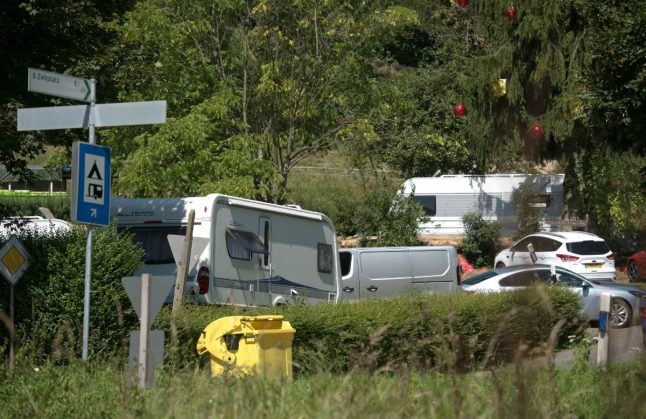 Hundreds of Irish travellers had been camping in the Rhine meadows in Düsseldorf before police arrived and ordered them to remove their caravans from the site, the Neue Ruhr Zeitung reported on Wednesday. The term travellers here refers to a traditionally nomadic ethnic group with roots in Ireland.

The travellers had been allowed to stay overnight but not longer, reports Neue Ruhr Zeitung. According to local authorities, camping is prohibited in the area.

The city had issued an administrative order to the travellers that only allowed them to stay until 2pm on Tuesday.

But by 4pm, they still hadn’t left and police arrived at the scene. Further intervention was not necessary, however, as they gradually began to leave.

After they left the Düsseldorf area, they set up camp in the city of Kevelaer.

On Thursday they made their way to Iserlohn but were forced to leave after a police operation on Friday, reports Focus Online.

This isn’t the first time Irish travellers have run into issues with residents and the authorities in Germany.

Last year in the city of Ginsheim-Gustavsburg in Hesse, there was a dispute with locals when a large group of Irish travellers had been accused of brawls, shoplifting and public urination, according to the Irish Times. Now as a precaution, the city blocks lawns with stones.

Some argue that the travellers often face prejudice for simply following their traditional lifestyle, which involves travelling in large groups together in caravans.

There are about 25,000 travellers in Ireland or around 4,500 traveller families that traditionally lead a nomadic life, according to Irish Traveller Movement (ITM), a national network of individuals and organizations which support the nomadic community.

In addition to Ireland, travellers also live in Northern Ireland, the UK, the USA and increasingly in Germany. They usually work as plumbers, metal smiths, blacksmiths, horse traders and scrap merchants.

In August last year, local residents in Eppstein near Frankfurt complained about theft, noise and damage to property when Irish travellers had camped in their town.

But not everyone finds them to be a nuisance.

“A lot of fuss for nothing,” said the owner of a campsite in Eppstein who receives about 60 to 100 Irish campers each year in the spring.