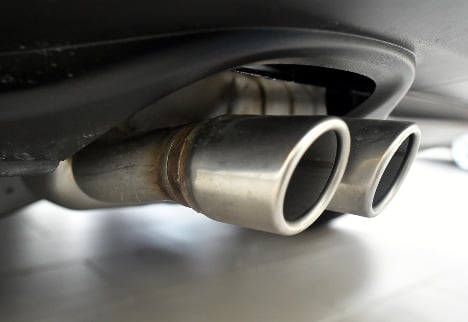 The “national diesel forum” takes place in Berlin on Wednesday amid renewed suspicions of emissions-fixing and a clamour for diesel-powered vehicles to be banned from cities to reduce pollution.

“The reputation of cars 'made in Germany' risk being damaged and that's something that would be dreadful,” said Transport Minister Alexander Dobrindt in an interview with Bild daily.

“The automobile industry has driven itself into difficult territory” …and it “has a responsibility to win back trust,” he added.

With its engineering prowess, profitability and role as an employment powerhouse, the car sector traditionally wields massive political clout in Germany.

“Mrs Merkel is trying to calm things down before the elections, that's the main reason for this summit,” Ferdinand Dudenhoeffer of the CAR automobile research centre told ARD public television.

Breaking with a political habit of cosying up to carmakers – which provide more than 800,000 jobs in Germany's largest industrial sector – Environment Minister Barbara Hendricks said Thursday that overfamiliarity had been a mistake, as it allowed company bosses to believe they were untouchable.

Hendricks and Dobrindt will lead a summit packed with carmakers active in Germany, including VW with its Audi and Porsche subsidiaries, Mercedes-Benz maker Daimler, BMW, Opel and Ford, whose European HQ stands in Cologne.

On Thursday, Dobrindt ordered Porsche to recall 22,000 vehicles across Europe after what he called “illegal” software disguising the true level of emissions had been discovered in its Cayenne and Macan models.

Because the affected models are still being manufactured, the government will also deny any permits for the vehicles “until new software is available,” he said.

The VDA auto industry federation, the car importers' association VDIK, powerful trade union IG Metall and the local and regional governments most affected by air pollution are all invited to Wednesday's talks.

SPD lawmaker Johannes Kahrs took Merkel to task over her absence at the meeting.

“When millions of diesel engines have been manipulated, and one of the biggest industries of the country is in danger, the chancellor should be present at the diesel summit,” he told business weekly Handelsblatt.

'Anything but a ban'

Topping the agenda at the talks will be the task of reducing air pollution from diesel technology.

But Dudenhoeffer expects nothing but a “pretend solution” that will not go far enough. Consumer and environmental organisations are meanwhile incensed that they have not been invited.

Even so, widening public concern about pollution provides a powerful spur for the auto industry to rethink its commitment to diesel.

Germany has already been warned by the European Commission about its bad air quality. On Friday, a court in Stuttgart, the home of Mercedes-Benz and Porsche, found that a ban on older diesel vehicles would be the most effective way of reducing the pollution and protecting public health.

Such restrictions could be a massive blow to those using the cars, which make up around one-third of the total on German roads.

The Stuttgart ruling also piles pressure on politicians to abandon their support for a voluntary approach by the car industry to fix the problem.

Other countries have announced drastic measures – even if implementation remains decades away.

Both Britain and France will stop sales of fossil-fuel vehicles from 2040, but the move appears extremely unlikely in Germany, which has deep historic connections to diesel.

The technology can be traced to a German inventor, Rudolf Diesel, in the 1890s.

Part of the problem is that some foreign manufacturers invested heavily on hybrid or all-electric vehicles to reduce carbon dioxide (CO2) emissions, but Germany's car industry largely bet on diesel.

The fuel contributes less climate-altering carbon dioxide (CO2) gas than petrol-burning motors. But it emits more NOx, which contributes to the formation of harmful smog, as well as fine particules that can hurt respiratory and cardiac health.