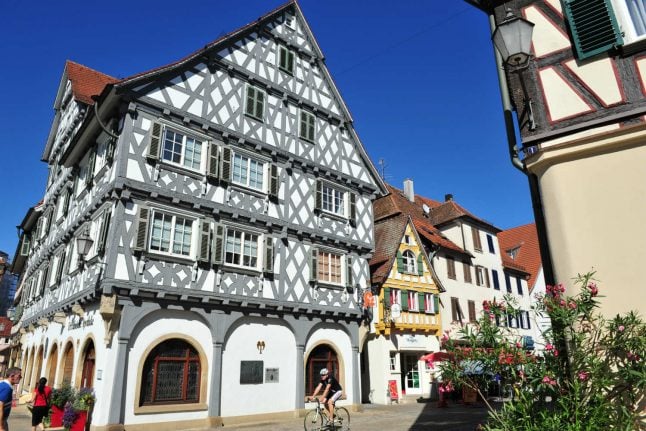 Police report that a group of around 1,000 teenagers and young men gathered on Saturday evening in the grounds of Schorndorf Castle, as the small town celebrated the second day of its week-long town fair. According to police, a large portion of the group had immigrant backgrounds.

From within the group, beer bottles were thrown at the walls of the castle, at other festival-goers, and eventually at police officers.

“The violence faced by police was shocking,” a police spokesperson said, adding that while it was normal for large numbers of youth to gather at the festival, the aggression was new.

When officers tried to arrest one suspect on suspicion of causing serious bodily harm, the situation escalated, with many people getting involved to try to hinder the arrest.

Police then called for backup. More officers arrived at the scene in riot gear, “to shield the arrest and to prevent an attack.” As officers withdrew from the scene, they were again attacked with bottles.

Eventually police called in support from nearby towns to counteract what they described as “massive potential for violence.”

Throughout the night, groups of between 30 to 50 young men were seen acting aggressively in the medieval town centre. Eyewitnesses reported seeing people armed with knives, while one man was said to have fired a shot from a blank-firing gun.

Police reported damage to three of their vehicles, one with graffiti and another that was damaged after being hit by bottles.

Three incidents of sexual assaults against women were also reported on Friday evening, while one was reported on Saturday.

An Iraqi man was being investigated in connection with one of the assaults on Friday. After a 17-year-old reported being held against her will and then groped on her backside on Saturday, three Afghani men were also being investigated for the crime.

Police chief Roland Eisele urged other women to come forward if they were abused on Friday or Saturday night during the chaotic scenes.

Eisele said “the aggression and escalation of violence” were unprecedented and unexpected in the town of about 40,000 people, located near Stuttgart.

He stressed that the rowdy scenes in Schorndorf were less intense than those in Cologne or the riots in the northern port-city of Hamburg before and during the July 7th-8th Group of 20 summit, when far-left and anarchist militants burnt street barricades and threw rocks from rooftops.

Correction: This article originally stated that arrests had been made in connection with the sexual assaults. Four men are being investigated, but police have not confirmed any arrests.