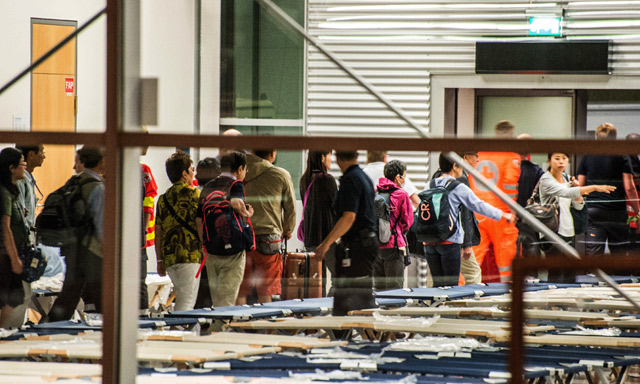 The Korean Air passengers had to spend the night in Stuttgart before being bused to Zurich. Photo: DPA
The Korean Air plane with around 200 people was flying from Seoul to Zurich when communication with controllers in southwest Germany broke down.
The fighters were sent and escorted the plane to Stuttgart without incident, an airport spokeswoman told German news agency DPA.
Passengers had to spend the night on camp beds in the terminal before being driven to Zurich in buses early Sunday.
Saturday's interception was the second in two days for the German air force. On Friday, two pilots were sent to help an Egyptian plane but the communications problems were fixed before the fighters arrived.