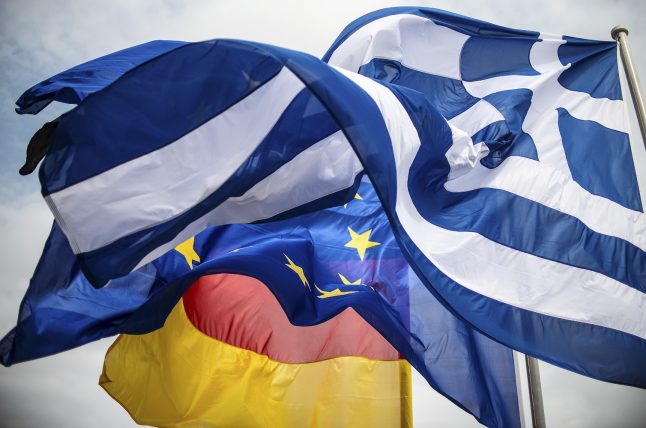 The Süddeutsche Zeitung (SZ) reported on Tuesday that according to Finance Ministry reports shared with the Green Party, Germany made €1.34 billion from various financial schemes meant to aid Greece.

One loan by the German government-owned development bank KfW in 2010 to Greece yielded net gains of €393 million through interest.

Frankfurt’s European Central Bank (ECB) also launched its now-defunct Securities Markets Programme (SMP) to purchase government bonds to help financial crisis-hit countries like Greece. Each year, these bonds earn profits, which then the ECB distributes to central banks of eurozone states. Since 2015, according to the SZ, the German SMP profit share totalled €952 million.

Eurozone states actually decided in 2012 to pay out profits from the bond purchases to Greece. But since the second Greek relief package expired in 2015, the profits from 2014 were blocked and placed in a special account.

Revenues from interest since 2015 were no longer transferred out of the account. Parliamentary State Secretary in the Federal Ministry of Finance Jens Spahn told the Green party that the German government was not planning any transfer.

“The interest gains must at last be paid out to Greece,” said Green party EU expert Manuel Sarrazin to the newspaper.

“It cannot be that [German Finance Minister] Wolfgang Schäuble can refurbish the German budget with Greek interest profits.”

“It is in fact legally possible for Germany to earn from the crisis in Greece,” Kindler said. “But it is not legitimate in the moral sense of solidarity.”

The good news for Athens though, is that if it completely implements reforms demanded by lenders in 2018, it will receive the profit made from the SMP in 2017.

In June, EU officials agreed to a debt deal with Greece, amounting to €8.5 billion in cash, in the latest tranche of Greece's €86 billion bailout agreed in 2015.

Bitter disagreement between Germany and the International Monetary Fund had held up the payout of a fresh tranche for Athens to meet seven billion euros of debt repayments due in July.

SEE ALSO: Here's why Germany is so 'tough' on Greece over its debts