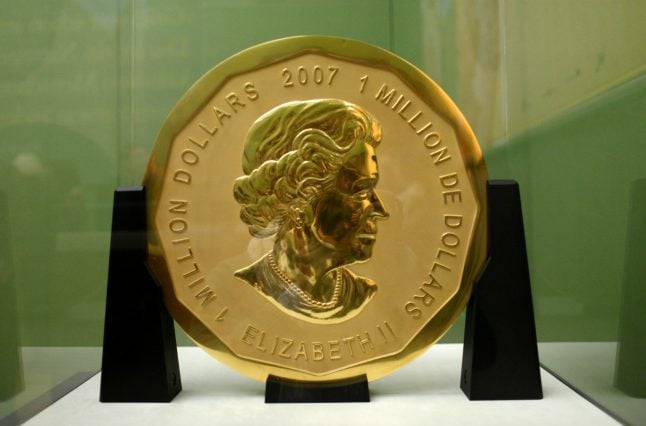 Early on the morning of March 27th, three thieves walked along the tracks of the S-Bahn line between Hackescher Markt and Friedrichstrasse stations, propped a ladder up against the wall of the Bode Museum, and climbed into the the UNESCO-listed building.

Inside, they located the “Big Maple Leaf”, a commemorative coin issued by the Royal Canadian Mint in 2007. The coin has a face value of €920,000, though the market price of 100kg of gold is around €3.7 million.

The burglars then managed to smuggle the huge piece of gold out of the museum using a pushcart they found inside, before abseiling into Monbijoupark. From there they vanished without a trace.

On Tuesday Berlin police released CCTV footage of the moments before the heist. It shows the men walking through Hackescher Markt station on the way to the heist at around 3am on March 27th.

All three have their faces covered, clearly aware that they could be caught on CCTV.

Police are asking people who were in the vicinity of the museum on the night of the crime, and who saw anything unusual, to come forward. Tips that lead to the capture of the thieves could be rewarded with up to €5,000.