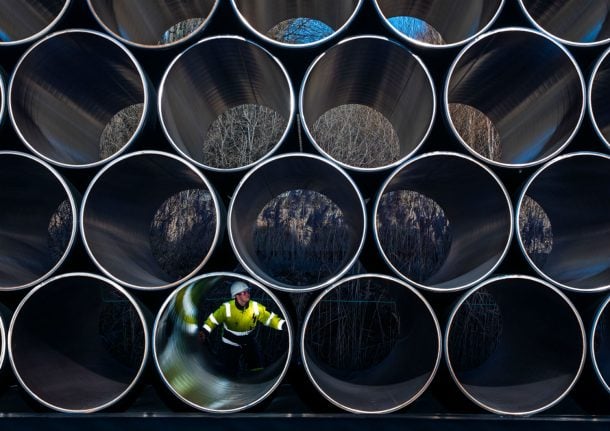 The new penalties, approved by the US Senate on Thursday, include a paragraph that threatens to penalise European companies that push ahead with energy export programmes with Russia.

Those include the Nord Stream 2 pipeline which would pump Russian gas under the Baltic Sea directly to Germany.

“It is strange that in the sanctioning of Russia's behaviour, with regards to the US elections for instance, that the European economy should become a target of American sanctions. That must not happen,” said Chancellor Angela Merkel's spokesman Steffen Seibert.

He added that Merkel shared the concerns raised by Germany's Foreign Minister Sigmar Gabriel and Austrian Chancellor Christian Kern who charged in a joint statement Thursday that the measure brings a “completely new and entirely negative quality to European-US relations”.

In a hard-hitting statement, the German and Austrian said they “cannot accept the threat of extra-territorial sanctions against European companies that participate in the expansion of European energy supplies”, adding that this would “violate international law”.

They accused Washington of using the sanctions to squeeze Russian gas supplies out of Europe in favour of US energy exports.

“The aim is to secure jobs in gas and oil industries in the US,” said Gabriel and Kern.

“Political sanctions should not be mixed up with economic interests,” they warned, stressing that “Europe's energy supply is Europe's business and not that of the United States”.

“We decide who delivers energy to us and how, according to rules of openness and economic competitiveness,” said Gabriel and Kern.

The bill as originally introduced was exclusively about slapping new sanctions on Iran. But lawmakers attached a bipartisan amendment on Russia to it early this week.

The addition came with the White House deeply embroiled in crisis over whether Trump's campaign team colluded with a Russian effort to sway the 2016 election.