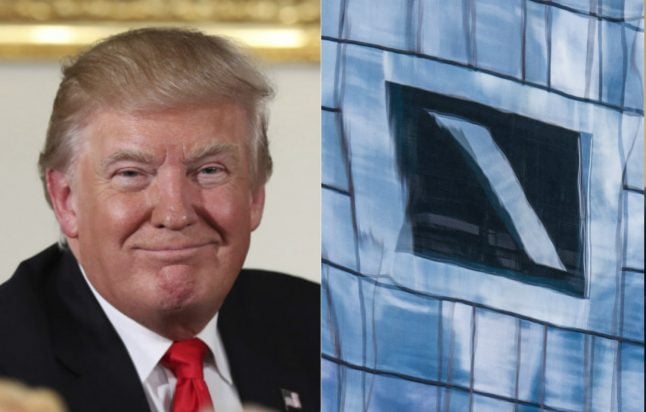 Democratic members of the House Financial Services Committee had written to the bank in May to ask for documents which they said could help shed light on whether “loans Deutsche Bank made to President Trump were guaranteed by the Russian Government, or were in any way connected to Russia”.

But the bank rejected the demand in a written reply published on its website, arguing that divulging such information constituted a violation of privacy.

“Federal law requires that financial institutions such as Deutsche Bank maintain the privacy of their customers and the confidentiality of information relating to those customers,” said the bank.

“This is true even if the individual is a government official or well-known person, and even in circumstances where the individual has made some disclosure regarding their relationship with their banking institution,” it added.

The law only provides for disclosure of such information “for law enforcement or regulatory purposes or in connection with duly-authorised investigations,” it noted.

“Accordingly, Deutsche Bank, like other financial institutions, is not permitted to disclose details related to its customers,” it said.

Among information sought by the lawmakers are “any document, record, memo, correspondence, or other communication related to the 2011 Russian mirror trading scheme,” as well as details of any loans and guarantees made to Trump or his family members.

The demand for information from the bank was the latest twist in the high-stakes investigation of Trump's relations with Moscow, including into whether there was any collusion between his campaign and an alleged Russian bid to tilt the US election in the Republican's favour.