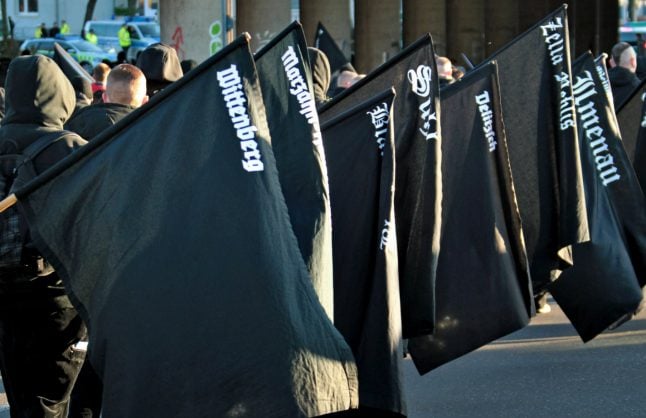 Kauder argued that basing the study, “Causes of right-wing extremism and xenophobia in East Germany”, on just 40 interviews was “more than dubious,” speaking to mass-circulation Bild daily on Wednesday.

He said the research paper “which severely condemns parts of the East German population”, fell short of accepted academic standards and should never have been published.

Other critics also ripped into the work for using pseudonyms for some interview subjects and for introducing a bias by focusing on cities or towns that have made headlines for ugly racist attacks.

CDU lawmaker Arnold Vaatz from the eastern city of Dresden told the Frankfurter Rundschau daily that the reputational “damage for eastern Germany is enormous”.

The report was commissioned by Iris Gleicke, the federal commissioner for the region, who is a member of the centre-left Social Democratic Party (SPD), the CDU's main challengers in September elections.

Gleicke defended the study, saying she saw “no reason to question its content or methodology”.

She said the research needed to be conducted “openly, without taboos, because xenophobia and right-wing extremism are a serious threat to social peace and economic development in East Germany”.

The authors, from the Gottingen Institute for Democracy Research, defended the practice of using pseudonyms for some interview subjects, saying that critics of the far-right needed to be protected from social ostracism and the risk of retribution.

The report looked into the question of why eastern Germany, with only about 17 percent of the national population, accounted for about half of the more than 1,400 far-right violent hate crimes reported in Germany in 2015.

The authors pointed out that before the 1989 fall of the Berlin Wall, East Germans lived in a “literally closed society” with only few temporary migrant workers, mostly from fellow socialist states like Cuba and Vietnam.

The paper also noted a sense of collective victimhood and disappointment in many areas about the pace of economic progress in the quarter-century since German reunification.

The writers stressed that xenophobia in Germany is neither a specifically eastern problem, nor does it equally apply across the east – but concluded that it is far more prevalent in the former German Democratic Republic.