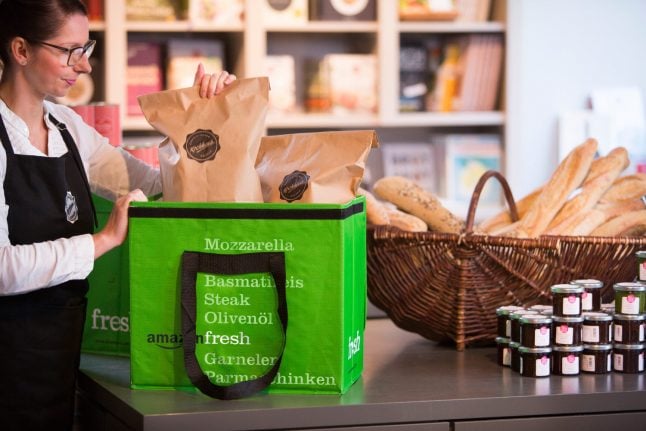 The AmazonFresh online supermarket is now available to Prime subscribers living in certain parts of Berlin and Potsdam, including same-day deliveries on orders made by noon, the company announced on Thursday. Next-day orders are possible after that during a select two-hour window, as long as they are placed by 11pm.

The store includes around 85,000 items, from fruits and vegetable, to fresh meat, to baking supplies. Prime members are also able to order an unlimited number of items with free delivery for orders over €40.

“We want to allow clients to be able to have a complete week’s worth of purchases at home, including fresh and frozen goods,” said German head of AmazonFresh, Florian Baumgartner.

Before the company will expand to more cities, it will collect feedback from customers to improve services, Baumgartner added.

“The standards for food trade are extremely high. We want to take our time and begin with a very extensive range within a limited area.”

Amazon promises that if a customer orders an item that then turns out to no longer be available, the company will send along a replacement when the product does come back in stock. For fresh goods that do not meet expectations, the costs will be refunded.

AmazonFresh moving into the German market has long been specualted. The supermarket service in now available in around 20 cities, from the US to London, as well as in parts of Tokyo.

German business publication WirtschaftsWoche described Amazon as now entering “the hardest market in the world”. The CEO of supermarket chain Rewe, Alain Caparros, has already warned that there could be an intensification of the already cutthroat competition in Germany through a new player like Amazon.

“It will likely not only rock the boat, but it will also trigger a storm,” Caparros said last year to WirtschaftsWoche.

“For Amazon, Germany is the second most important market in the world. Whoever thinks that this company will only test things out over here – as to what will work and what won’t – is naive.”

Others speculated about a wave of bankruptcies caused by AmazonFresh moving into the country.

“Offers like AmazonFresh will sooner or later plough up the multi-billion-euro grocery business, and will cause many to worry about bankruptcy,” said chair of the Association of Insolvency Administrators in Germany (VID), Christoph Niering.

But Amazon has tamped down the concerns.

“I think that in Germany as well as in the USA, there is enough space for other vendors, and there are very different formats,” Amazon’s Worldwide Consumer CEO Jeff Wilke told WirtschaftsWoche

“There is a lot of space for many winners,” Wilke said. “Commerce is not a football game that only one side wins.”

READ ALSO: Robots and drones: deliverymen of the future