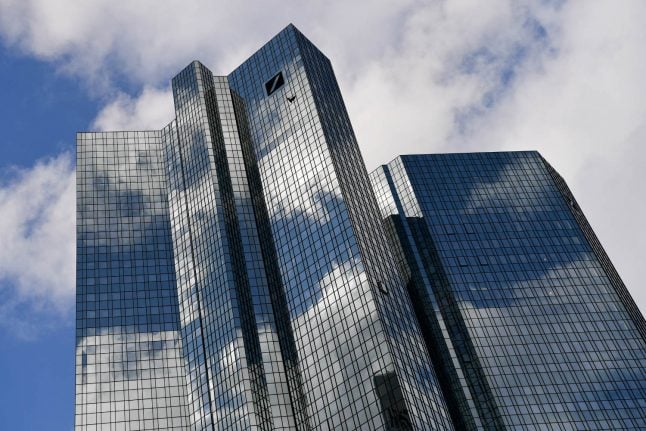 During a conference in Frankfurt on Wednesday, Deutsche Bank’s chief regulatory officer Sylvie Matherat mentioned for the first time concrete figures for how the changes brought about by Brexit could impact the bank, the Frankfurter Allgemeine Zeitung (FAZ) reported.

She said first of all that the negotiating parties must shed more light on what the bank should expect going forward.

“We need clarity as soon as possible about the practical implications around Brexit,” Matherat said, explaining that there are still many decisive questions that have gone unanswered, which are extremely important for banks and their thousands of workers.

In particular, she mentioned the question of whether derivatives clearing – the processing and settlement of certain transactions in securities – would still be allowed to run through London.

“Workers who take care of customers in the EU must be located in the EU,” Matherat said.

“Does that mean that I must relocate all of my workers with client contacts to Germany? We are talking about more than 2,000 people – that is not a small figure.”

Apart from that, she said local supervisory authorities could justifiably demand that banks have their relevant risk managers located on the spot.

If one considers that Deutsche Bank currently has in total 9,000 employees in the UK, of which 7,000 are in London, a relocation of 4,000 workers to other places would be a tremendous blood-letting for England, she noted.

Matherat added that she indeed understood that the topic of Brexit is tainted by great emotion, “but now is the time for action”. Banks cannot afford to prolong the decision-making.

Other banks from the United States and other non-EU countries have used London as a sort of access point to the whole European market. But this kind of access after Brexit is likely to be denied, writes FAZ.

The newspaper noted that Deutsche Bank would not comment further on Matherat’s statements on Wednesday, and there are currently no concrete moving plans.

Deutsche Bank is not the only financial institute discussing Brexit’s impact on its London team. US bank Goldman Sachs has said it will start moving hundreds of people out of London before a Brexit deal is even reached. German business daily Handelsblatt reported in January that Goldman Sachs could move as as many as 1,000 London staffers to Frankfurt.