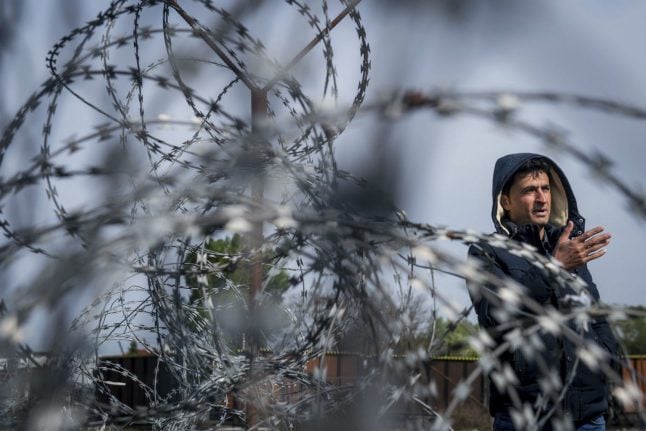 A refugee at an internment camp in Hungary. Photo: DPA

Under the so-called Dublin rules, asylum seekers are meant to be sent back to the first European country they registered in.

But the United Nations and rights groups have urged EU nations to suspend transfers to Hungary after Budapest introduced a law in March to detain all asylum seekers.

Germany's interior ministry said in a directive to the migration office that “in cases of Dublin transfers to Hungary, an assurance must be sought ensuring that the transferred person would be accommodated in accordance with EU norms”.

“Without such a reassurance from the Hungarian authorities, the transfer should not take place,” the ministry added, confirming a report published in German regional media group Funke.

Germany had initially waived Dublin rules for Syrian refugees at the height of the migrant influx in 2015.

But after the arrival of around one million people, public misgivings grew, forcing Chancellor Angela Merkel to take steps to limit the arrivals.

Last year, the figure dropped sharply to 280,000, largely due to the closure of the Balkan overland route and a fragile EU-Turkey deal to limit the mass influx.

Germany, along with other EU nations, also began sending back asylum seekers to Greece from mid-March as they assessed that conditions there have improved.

But concerns then turned to the situation in Hungary, after its parliament on March 7 approved plans to confine asylum seekers in camps.

Official figures show that Germany sent back 11,998 asylum seekers to their first port of call in the EU last year, including 294 who were returned to Hungary.