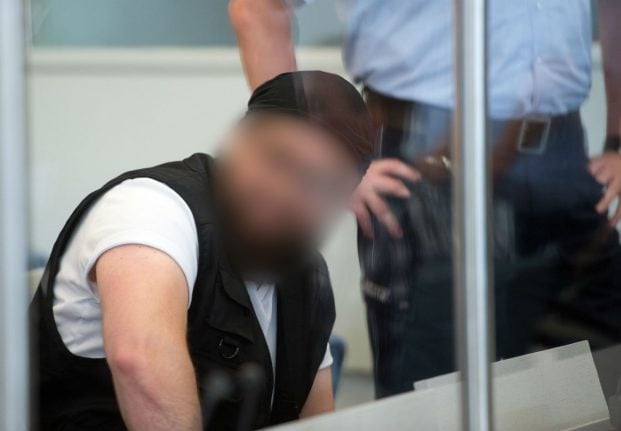 Marco Gäbel, 29, a German citizen, planted a home-made pipe bomb in a sports bag at the main train station of Bonn, the capital of the former West Germany, in December 2012.

The bomb failed to go off, but its discovery sparked a major terrorism alert that caused travel chaos at the station two weeks before Christmas.

Gäbel and the three others were also found guilty of forming a terrorist organisation and of plotting to shoot dead the leader of anti-immigrant group Pro-NRW in North Rhine-Westphalia state in March 2013.

The four militants were furious after the right-wing fringe group had staged an anti-Islamic street protest and displayed caricatures of the Prophet Mohammed outside a local mosque.

Two of the other defendants, Turkish-German Koray Durmaz, 28 and Albanian Enea Buzo, 46 received prison terms of 12 years while German Tayfun Sevim, 27, was given a nine-and-a-half-year jail term.

Judge Frank Schreiber handed down the sentences in a high-security courtroom in the western city of Düsseldorf after a two-and-a-half-year trial which included testimony from 27 experts and 157 witnesses.