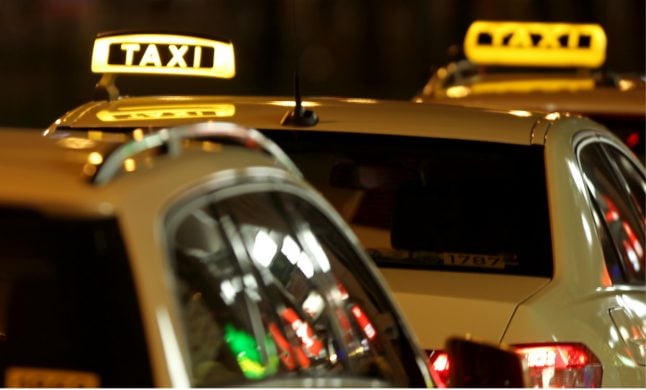 Edris L. was on his way back from work in the Schwabing area of central Munich in August last year, when a couple of women stopped him as he was crossing a one-way street. The two women wanted to know the way to a nearby pub, the Süddeustche Zeitung reports.

As the 26-year-old talked with the pair, a taxi drove past them at a high speed and without leaving them much space.

Edris L. reacted angrily, shouting at the driver and thumping his fist against the window, the court heard on Wednesday.

Judge Norbert Riedmann said during his sentencing that this is typically the point in such an encounter “when the middle finger is usually raised and someone gets called an arsehole,” and the conflict ends there.

But that was far from the end of it in this case.

The 58-year-old driver, Martin S., stopped his vehicle and reversed, coming to a halt with his car pointing towards the group.

When he started to rev his engine, the two women fled behind a parked car. But Edris L. stood his ground.

Martin S. wasn't joking though. He put his foot on the gas and drove into the young man, intentionally, as he admitted to the court.

Edris L. was catapulted onto the bonnet of the vehicle, suffering serious bruising.

Then came the act which the court decided constituted attempted manslaughter by the taxi driver.

Luckily for Edris L., his slight figure saved him.

There were 20 centimetres separating the bottom of the car from the road, and Edris L. managed to just fit in under the gap. Furthermore, because of the way he was lying, he managed to avoid being driven over by one of the wheels.

He nonetheless suffered serious wounds from the first collision and had to spend three days in hospital.

The presiding judge Riedmann told Martin S. that “you acted out of anger and turned your car into a weapon.”