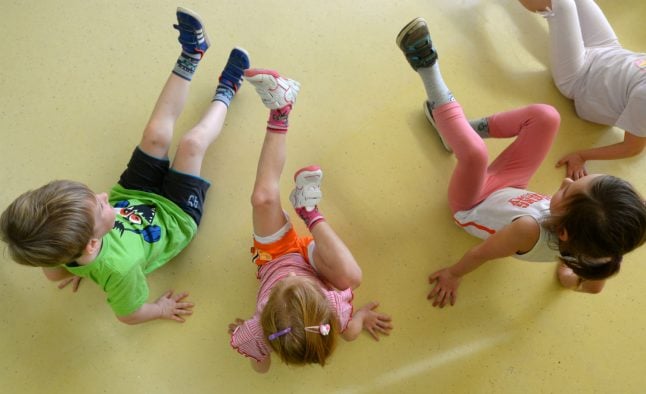 The parents of preschool children in the northern district of Reinickendorf threatened to gather names for a petition against the kindergarten when they found out that one of the nursery teachers was gay, Tagesspiegel reported on Wednesday.

At first the protest led the young man to request to be transferred to another kindergarten. But the management of the preschool put their foot down and gave the parents the choice: either accept that a gay man would look after their children, or put their kids into a different preschool.

According to Tagesspiegel, the parents had a problem with the fact that the young man was in physical contact with their children and would take them to the toilet.

“For some of them, a gay man is automatically a paedophile,” the nursery teacher in question told Tagesspiegel.

Many of the parents have since taken their offspring out of the kindergarten.

The case has led to a public discussion on the difficulties homosexuals face in gaining employment in primary and preschools.

“The general suspicion against males becomes even more potent against gay educators,” Stephanie Nordt, a spokeswoman for the initiative Queerformat, an organization which provides classes on gender and sexuality in education, told the Berliner Zeitung.

On Twitter under the hashtag #Erzieher (kindergarten teacher), people showed support for the young teacher.

“It’s important to show our colours! For tolerance, for teachers, homosexuals and the LGBT community. Don’t give homophobia a chance!” wrote Green party supporter Christoph Peschke.

Another user commented “Muslims protest against teacher – the problem? He's gay: welcome to the Middle Ages.”

The outcry has also led to a response from the capital city’s government.

“We don’t tolerate discrimination. We want to raise the number of male kindergarten teachers so that they become important role models for children,” said Sandra Scheeres, the senator for education from the centre-left Social Democrats (SPD).

Scheeres said that she did not know of another case in Berlin in which a gay nursery teacher was discriminated against, but added that “again and again, parents treat male nursery teachers with suspicion.”

But Die Welt reports that this isn't the first time a gay nursery teacher has faced discrimination because of their sexuality.

In Neu-Ulm in Bavaria, a lesbian teacher did not have her contract extended in 2012 when her Catholic employer found out she was gay.