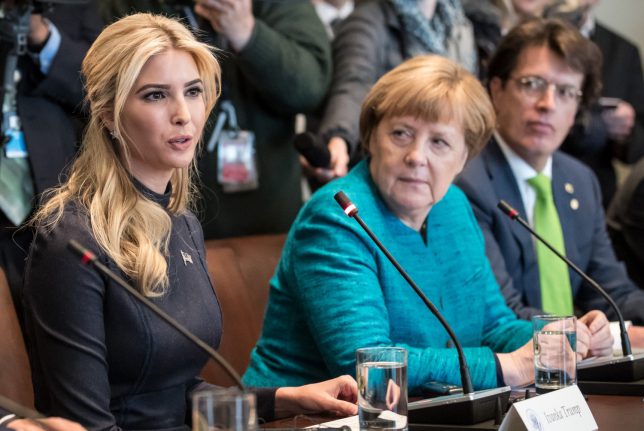 The daughter of the US President announced on Sunday that she will be attending a women’s economic summit in Berlin, along with Chancellor Angela Merkel in April.

According to the Associated Press (AP), a White House official said Ivanka Trump was invited by the Chancellor when the pair met during Merkel’s first visit to Washington earlier this month to meet Donald Trump.

Looking forward to promoting the role of women in the economy and the future of our workforce globally #W20 https://t.co/1OB9TK6poH

The Berlin W20 summit will be held between April 24th and 26th, and will feature a panel discussion with Merkel. The W20 was agreed on during a G20 meeting in 2014 in Australia to include women representing the 20 different countries. One of the main objectives is to reduce the gender employment gap by 25 percent by 2025.

The first daughter’s growing power within the White House – including her own office in the West Wing – has raised some ethical concerns as she continues to own her own brand, though she has relinquished some of her control in the company.

The US President himself is expected to make his first official trip to Germany for the July G20 summit in Hamburg.