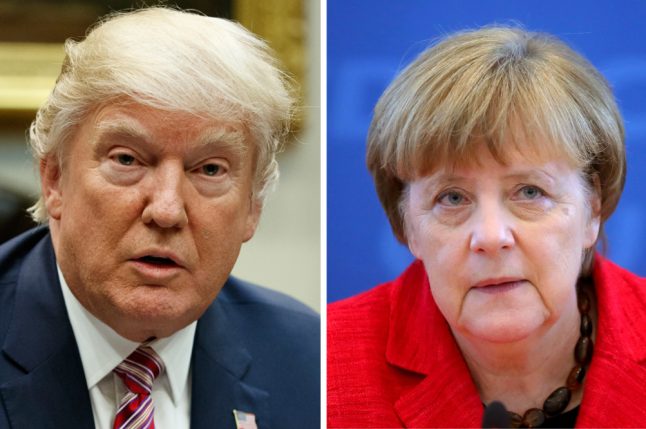 “The president spoke to the Chancellor of Germany. They agreed due to the weather that the meeting should be postponed, rescheduled to March 17th,” Trump's spokesman Sean Spicer told reporters.

Merkel was set to meet with Trump for the first time on Tuesday with everything from trade to Russia to the European Union presumably on the table.

SEE ALSO: What Merkel will make clear to Trump in Washington

Trump's criticism of Germany over issues ranging from its record trade surplus to Merkel's liberal refugee stance, as well as his backing for Britain to leave the European Union, have not gone unnoticed in Berlin.

The reserved German leader herself underlined that she is travelling to Washington not only as Germany's leader, but also as an envoy of the EU.

“I will of course point out that for us, our country and our membership in the European Union are two sides of the same coin,” Merkel said in Brussels ahead of the visit.

The Washington meeting would also allow for “an exchange of bilateral and international topics, and transatlantic ties, as we have always stressed, are very important,” added Merkel's spokeswoman Ulrike Demmer.

As in other similar tours, Merkel will be accompanied by an army of business leaders, but this time the delegation faces an uncertain reception as Trump preaches an “America First” policy.

Siemens boss Joe Kaeser and BMW's Harald Krüger will be part of the group, according to news weekly Der Spiegel, and both will likely be trumpeting the thousands of jobs linked to their investments in the US.

Krüger will also be keen to persuade Trump, who has singled out BMW for hefty tariffs if it built a factory in Mexico, to reconsider the threat.

But “if the government is serious about its new tax, the chancellery has already prepared a series of retaliatory measures,” said Der Spiegel.

Juergen Hardt, the German government's US coordinator, said Merkel will sound a clear warning against protectionism, and press Washington to keep working towards a free trade deal with the EU.