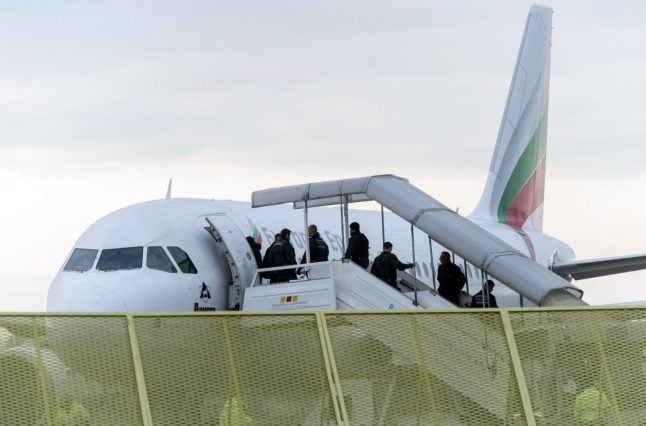 The draft law will increase penalties for asylum seekers who provide false information about their identities, while extending the time people can be detained prior to deportation from four days to ten.

The most contentious aspect of the draft bill is a clause which would allow authorities to look into the private information held on the mobile phones and computers of asylum seekers.

Amri had been told to leave the country and had been briefly detained in August 2016, but was later released when authorities couldn’t confirm his identity.

The refugee organization Pro Asyl criticized the new draft law, describing it as “a brutalization of deportation policies.”

Figures released by Statista from the Federal Office for Migration and Refugees (BAMF) show that at the end of 2016, there were a total of 207,484 people living in the country who had been ordered to leave – a number roughly equivalent to the population of Mainz, state capital of Rhineland-Palatinate.

North Rhine-Westphalia (NRW), Germany’s most populous state, had by far the highest number of people on its deportation list. With 62,906 living in the state who have been told to leave, 30 percent of the national total live in NRW.

NRW became the focal point of media discussions on deportations after groups of men of North African appearance sexually assaulted women in the state’s largest city, Cologne, over New Year 2015-16.

Many of the men reportedly arrived in Germany over the preceding 12 months and applied for asylum, despite the fact that asylum application from citizens of the North African states of Tunisia, Algeria and Morocco are almost never granted.

The state with the second largest number of people waiting to be deported was Baden-Württemberg, at 26,769.

Germany’s 16 states are responsible for the deportation of failed asylum seekers and illegal immigrants who live in their administrations.

Bavaria – Germany’s second largest state with a population of about 13 million – had proportionally far fewer people waiting to be deported, at 16,587. The Bavarian state government is arch conservative and has pledged to ensure security in its borders through quick deportations of criminal asylum seekers.

National capital Berlin, with a population of 3.5 million, had only slightly fewer people waiting to be deported, at 15,166.