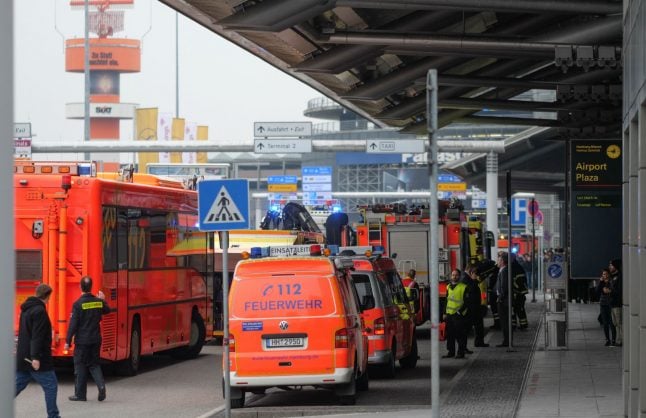 The northern city's airport was closed and 13 flights delayed or diverted between 11.30am and 12.45pm after people reported an unusual smell, respiratory ailments, nausea and stinging eyes.

Firefighters later said they had found an empty cartridge that was thought to have contained pepper spray, which is sold in Germany for personal self-defence.

A spokesman of the Hamburg fire department told media that an unknown “prankster” was thought to have released the gas, which then spread via the hall's ventilation system.

Authorities said they ruled out an act of terrorism, DPA added.

Sixty-eight people were examined by paramedics and nine of them were taken to hospital.

Hundreds more had to wait outside in freezing winter temperatures for more than an hour, while subway trains to the airport were also halted.

Maik Lewerenz of the federal police office at the airport said “a bad smell has spread in the security area, where passengers and their carry-on luggage are checked.

“A number of people complained about eye and respiratory irritation,” he said.

Hamburg airport is Germany's fifth largest, with just over one million passengers a month.