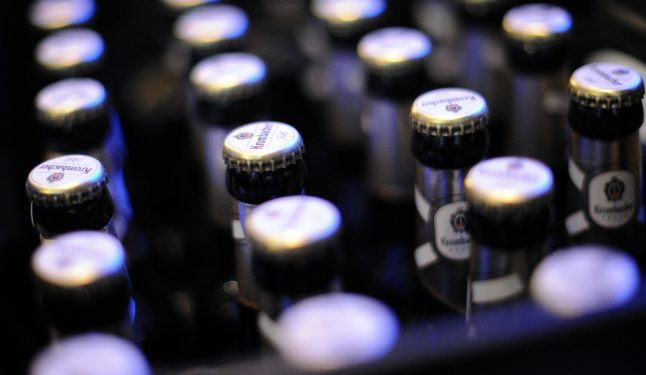 For some people, friendship is far more important than money. But for others, like 19-year-old Vivian, friendship can be a way into money.

It's probably fair to say that most friends would be happy for you if you found out you'd won a car. But this wasn't the case for 24-year-old Frederik, who, having claimed his prize, found out that his friend was taking him to court.

In May 2015, five friends, including Vivian and Frederik, went on a weekend-long holiday to the Edersee. Like any good German trip, two crates of beer were brought along, which everyone paid for equally, according to Bild.

When Frederik opened one of his beers, he looked under the bottle cap and discovered that he was the winner of a competition run by the brewer, and had won an Audi A3. He collected the car from the company, assuming that was that.

However, to his surprise, his friend Vivian demanded from him one fifth of what he had won – in her eyes it was her rightful share of the prize.

Her lawyer Melanie Schulze, 33, thought that the prize shouldn't only belong to Frederik.

“The bottle-tops were the property of everybody. My client is entitled to a fifth of the value that the car was worth when it was claimed,” Schulze argued.

Of course Frederik wasn't going to roll over. His lawyer hit back, saying: “At the end of the day it was a game among friends. The rules were also laid out by the brewery. Furthermore, everybody paid for the beers that they drank.”

Even so, Frederik was very sorry about the whole situation, and regrets that they fell out over the car. He offered to pay Vivian €1,000 in compensation, but she wasn't having any of it.

The two appeared in court on Thursday, where the judge suggested a settlement for the case.

“This is an everyday situation that brings up complicated legal questions,” the judge said. “Did the participants together make up some kind of company that should adhere to civil law? … After careful consideration, we don't think so.”

She went on to say that “the plaintiff could however almost certainly be made a valid joint-owner”, and suggested Vivian be paid €2,500 – one fifth of the price of the car when Frederik sold it.

Still, this didn't quite meet Vivian's demand. She is seeking a fifth of what the luxury car cost when it was new – an amount which would rise to €5,736.

Luckily for Frederik, he had driven the car 12,000 kilometres, decreasing the value before selling it.

“We are still all friends with each other; just Frederik isn't in the group anymore,” Vivian told Bild.

She also declined to say whether other friends in the group wanted a share of the car's value.

The judge is to give a final decision at the beginning of March.