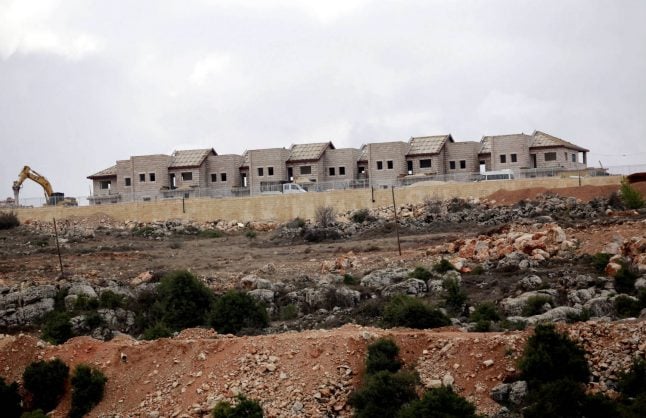 An Israeli settlement in the West Bank. Photo: DPA

“Many people in Germany who stand by Israel’s side in close alliance have been disappointed by this step,” the statement read.

The law, which was passed on Monday, legalizes Jewish settlements that have been built on privately-owned Palestinian land.

Under the legislation, the land will now come into the hands of the Israeli state and the Palestinian owners will be denied use of it, Ha’artez reports.

Up until this point, around 4,000 homes which were built without official authorization on Palestinian land were considered illegal by the Israeli state.

“The trust that we place in the Israeli government’s commitment to a two-state solution has been deeply shaken,” the German Foreign Ministry statement read.

“Only a negotiated two-state solution can bring a long-term peace that is in Israel’s interests. This remains the cornerstone of our Middle East policy.”

The statement called upon the Israeli government to take concrete steps towards the achievement of a two-state agreement to reestablish trust.

But it concludes that: “after the disconcerting comments of some members of the government, who openly call for the annexation of parts of the West Bank and who are preparing the necessary legislation, this commitment is now open to question.”

Britain and France have also condemned the law, with the UK describing its as “threatening the viability of the two-state solution.”

The US have not commented on the law.