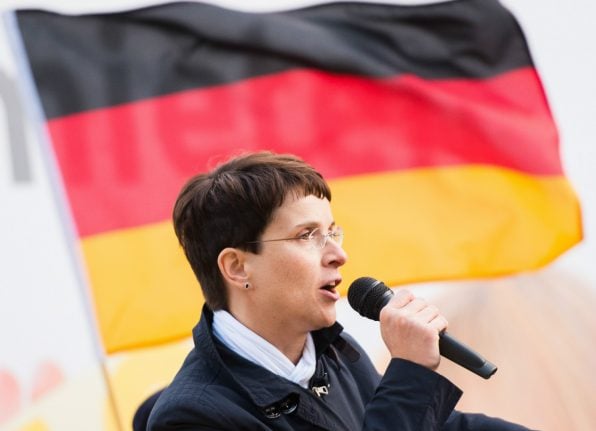 Set up in 2013, the Alternative for Germany (AfD) describe themselves as conservative and economically liberal. Party leader Frauke Petry has often stated that it is their intention to become a Volkspartei, a term used to describe large political parties with members in all sections of German society.

The party is currently polling at between 11 and 13 percent for September’s national election, which would make them the third largest party in the country.

But the latest survey suggests that a large majority of the German public views the AfD as far too radical to win wide popular acceptance.

In January Björn Höcke, leader of the AfD in Thuringia, provoked national outrage when he urged the country to end its “culture of remembering Nazi crimes” in a speech to the group “Young Alternative Dresden”.

In response to the speech, the chair of the Central Council of Jews in Germany, Josef Schuster, said: “the AfD have shown their true face with these anti-Semitic and extremely inhumane words.”

“I would have never believed that it would be possible for a politician in Germany to make such statements 70 years after the Holocaust.”

Höcke's comments were far from the first time the AfD have scandalized with provocative statements, normally about minority ethnic groups or refugees.

Petry has also suggested that it is acceptable for German border police to shoot at immigrants who cross into the country illegally.