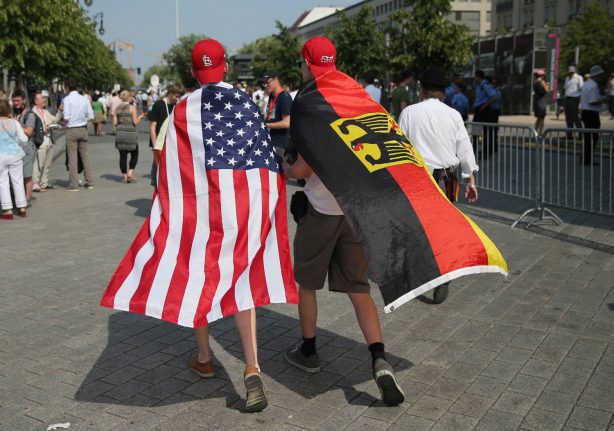 German and US flags on display during a state visit by former US President Barack Obama. Photo: DPA

In total, seven out of ten respondents told research group Infratest dimap that the US is not a trusted ally of Germany at the moment.

That was a drop of 37 percent compared to a survey conducted in November, marking a record historic low for faith in the transatlantic partnership, Die Welt reports.

In the same survey, 21 percent of Germans said that Russia can be trusted as an ally, while only four percent said the same about Turkey.

Asked about their attitudes to US President Donald Trump, Germans expressed considerable disapproval.

Eighty percent of respondents said that the EU must work more closely to oppose the US president. Similarly, 67 percent expressed fear that he would harm the German economy, while only 26 percent said they thought it was a good thing that Trump was implementing his election pledges.

A poll by Emnid for broadcaster N24 found similar concerns about the new head of the White House among the German public.

Eight out of ten respondents in the Emnid survey said the travel ban for people from seven Muslim-majority countries was damaging for the US. And 85 percent said that Trump’s policies would do his country economic damage.