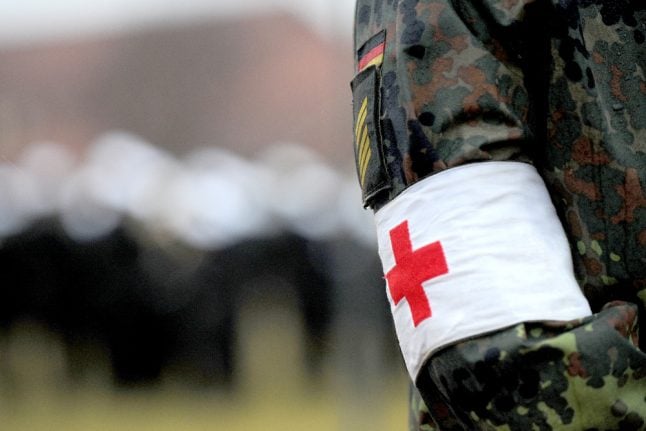 German media first reported on Friday that during the training of combat first responders, “sexually sadistic practices” were employed as part of the programme, according to Spiegel Online.

Seven soldiers have been suspended and are to be dismissed without notice amid an investigation against them regarding grievous bodily harm against trainees, as well as false imprisonment, and sexual assault.

Prosecutors have also asked the Bundeswehr (German army) to submit further information about other cases of sexual abuse.

According to Spiegel, an investigation was first launched in October 2016 after a female lieutenant reported incidents directly to the Defence Ministry. The lieutenant described how she saw unbelievable scenes of recruits being forced to strip naked in front of their comrades, with trainers filming.

She also reported that trainers had forced the recruits to do exercises that served no purpose other than sexual ones, such as reviewing how to insert medical devices into the anuses of male and female recruits, which was also recorded.

According to Spiegel, both of these incidents have since been confirmed by further investigations.

The Bundeswehr also gave prosecutors a video depicting soldiers tied to chairs with bags over their heads being hosed down with water.

The recruits were supposed to be trained for medical situations, including for operations behind enemy lines.

Defence Minister Ursula von der Leyen on Tuesday in an address to troops called for more transparent handling of complaints in light of the scandal.

She called the reports “disturbing signs of a lack of leadership, morale and culture”. Von der Leyen’s statements were delivered before around 200 high-ranking officers during a seminar about tolerance for sexual minorities in the armed forces.

“I would give the vast majority of troops the shirt off my back,” she said, adding that it is therefore horrible when individuals act against human dignity and seriously violate the sense of camaraderie.

“It starts with shoddy jokes and turns into abusive remarks or even repulsive behaviour,” she said, urging superiors to take better notice of wrong-doing.

The Bundeswehr confirmed on Wednesday that their highest ranking member, Inspector General Volker Wieker, is visiting the barracks in Pfullendorf, reportedly to have closed door talks with superiors.

Von der Leyen has sought to make the Bundeswehr more attractive for potential recruits since the armed forces have seen a drop-off in interest after Germany ended conscription in 2011. Her ministry has worked to boost both funding and perks to draw in more soldiers as Germany takes on a greater military role globally, such as in the ongoing fight against Isis.
Despite the force now being a purely voluntary one, a report last August showed that hundreds of soldiers have requested to leave the army in recent years.