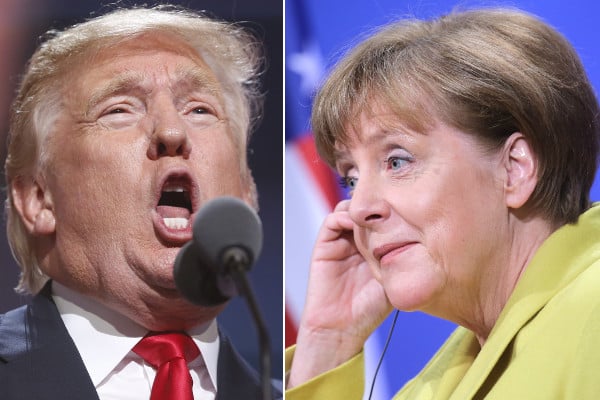 Trump is hosting British Prime Minister Theresa May at the White House on Friday to discuss post-Brexit trade ties and inject new momentum into the “special relationship” between the United States and Britain.

“Getting the most out of the 1st full week – tomorrow @POTUS will speak by phone with leaders of France, Germany and Russia,” White House spokesman Sean Spicer said on Twitter Friday.

Getting the most out of the 1st full week- tomorrow @potus will speak by phone with leaders of France, Germany and Russia

Merkel spoke to Trump by phone shortly after he was elected in November to congratulate him. At the time she gave the American billionaire a not so subtle reminder of the democratic values she hoped they would share.

“Germany and America share the values of democracy, freedom, respect for the rule of law and human dignity, regardless of origin, skin colour, religion, gender, sexual orientation or political belief,” Merkel said in a public statement at the time.
German media has been abuzz with anticipation about when the two will meet in person. At the latest, it could be at the G20 summit to be hosted in Hamburg in July.
Trump was often critical of Merkel throughout his election campaign, targeting in particular her liberal refugee policies.

When the German leader was named TIME magazine's Person of the Year, Trump tweeted that Merkel was “ruining Germany”.

The Trump-Putin call will be their first official contact since the Republican took office a week ago.

The pair spoke by telephone in November, shortly after Trump's election victory, and “declared the need for active joint work to normalize” ties, according to the Kremlin.

Trump told Putin he is looking forward to “a strong and enduring relationship with Russia and the people of Russia,” according to Trump's team.

Relations were strained under Trump's predecessor Barack Obama, notably over the crisis in Ukraine and Moscow's alleged interference in the November election.