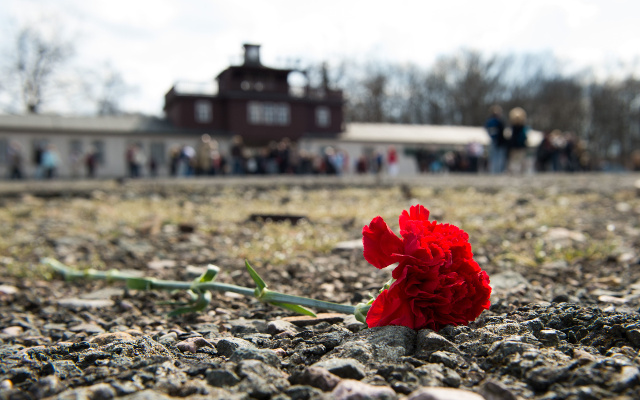 The former Buchenwald concentration camp will hold a remembrance ceremony on Friday, which will be attended by former prisoners of the camp as well as regional politicians.

But chair of the AfD's Thuringia branch, Björn Höcke, is no longer welcome after a speech last week, in which he described Berlin's Holocaust memorial as a “memorial of shame” and called for a “180 degree turnaround in [Germany's] political memory”.

“After his speech in Dresden, it is unacceptable for Mr Höcke to take part in the wreath-laying ceremony at the former Buchenwald concentration camp,” the acting director of the site, Rikola-Gunnar Lüttgenau, said on Thursday.

He added that the “place and time” of the event – the memorial site and Germany's official Holocaust Memorial Day – were “central components of a public memory which Björn Höcke has defamed”.

The president emeritus of the Buchenwald and Mittelbau-Dora Memorials Foundation, Bertrand Herz, added: “We refuse to accept the appearance of those who downplay [the Holocaust] at the memorial at the site of our ordeal”.

READ ALSO: Is it fair to call the AfD far right?

In Höcke's speech, he also condemned a former president who had encouraged the country to take responsibility for the Nazis' crimes, saying the former leader had spoken out “against his own people”.

Since the comments, politicians from various parties have called for Germany's domestic security agency, the BfV, to monitor the AfD.

Höcke has stood by his words, saying that he was merely acknowledging Germany's shame over the genocide.

But his party's leader, Frauke Petry, has also denounced the controversial speech.

“Björn Höcke has become a burden for the party, with his go-it-alone attitude and constant sniping,” she told weekly newspaper Junge Freiheit.

The AfD (Alternative for Germany) started in 2013 as a eurosceptic party, opposed to the single currency, but has shifted further to the right, gaining success in state parliaments over the past year through its anti-immigrant rhetoric amid the influx of refugees.