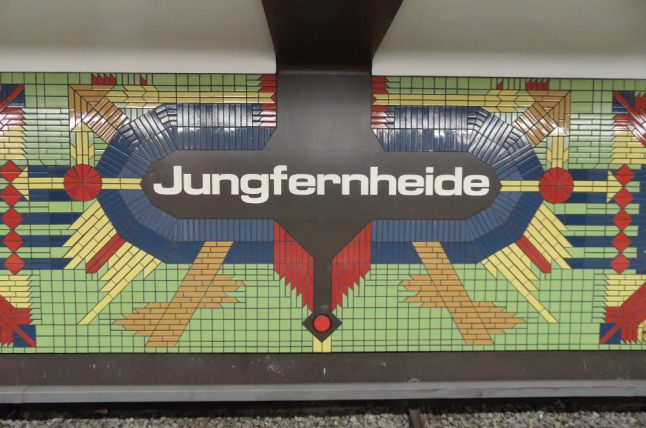 The Berlin U-Bahn system is seen by many as a German institution. But there is more than meets the eye to the underground.

One of the first things that one notices as a foreigner on the U-Bahn system is the wildly different architectural styles and designs of the stations. Each has their own colour and tiling pattern, making them instantly recognizable.

The reason for this? It's to help visually impaired passengers recognize stations without having to strain to read the station signs.

This is not done in many other European metro systems, where passengers are left to read signs to find out where they must go.

A spokesman for Berlin's transit company BVG told The Local that the system is still being advanced to make journeys easier for the visually impaired, ensuring that all information in every station is read out over loudspeakers.

“This would mean that people who are visually impaired will no longer have to read everything; they will have everything read for them,” he explained.

Another aide for those who cannot see is the grooves along the floor, which guide blind people where to go. They indicate things like stairs and escalators to those who can feel the change in texture through walking canes. The white strip is there for safety. Photo: DPA

The most vital part of this system of grooves is where they mark the edge of the platform, so as to alert those with limited vision that they shouldn't walk any further.

For many commuters, these subtle differences don't amount to much, or aren't even registered. However for somebody with a visual impairment, the differences in the Berlin U-Bahn system make travelling much easier.