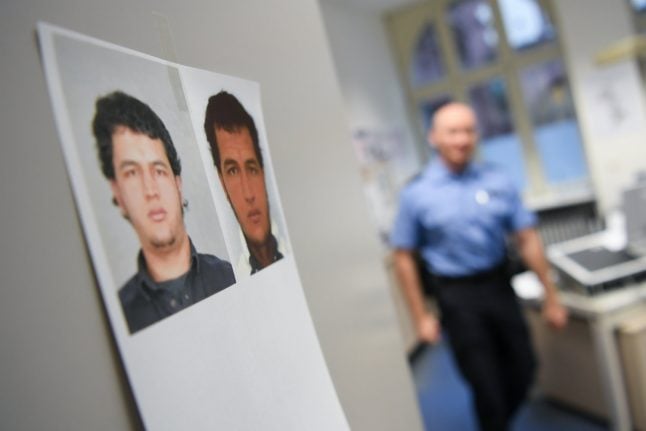 File photo: DPA
Days after the December 19 attack, Tunisia's interior ministry announced the arrest of the nephew of Anis Amri, the suspected Berlin attacker, and two others.
Prosecution spokesman Sofiene Sliti told AFP on Saturday that a fourth man had been also arrested.
“The investigations have shown that none of them had any link to the Berlin attack and that they don't belong to any jihadist group,” he said.
Three have been released while Amri's nephew is still being held as part of another investigation into his “intention to join jihadist groups abroad,” Sliti added.
The interior ministry said on December 24 that the suspects were arrested for links to Amri but that there was no direct link between them and the attack on a central Berlin Christmas market.
It said that Amri's nephew – who has not been named – admitted being in contact with his uncle through the messaging service Telegram.
Amri allegedly urged his nephew to adopt jihadist ideology “and asked him to pledge allegiance to Daesh (IS),” it said.
The nephew also told investigators that Amri “sent him money through the post… so that he could join him in Germany.”
The nephew was reported to have said that Amri was the “prince” or leader of a jihadist group based in Germany known as the “Abu al-Walaa” brigade.
Amri, 24, is believed to have hijacked a truck and used it to mow down holiday revellers in an attack that left 12 people dead.
The attack was claimed by the Islamic State group.
Amri was shot dead after firing at two Italian policemen who had stopped him for a routine identity check near Milan's Sesto San Giovanni railway station on December 23.