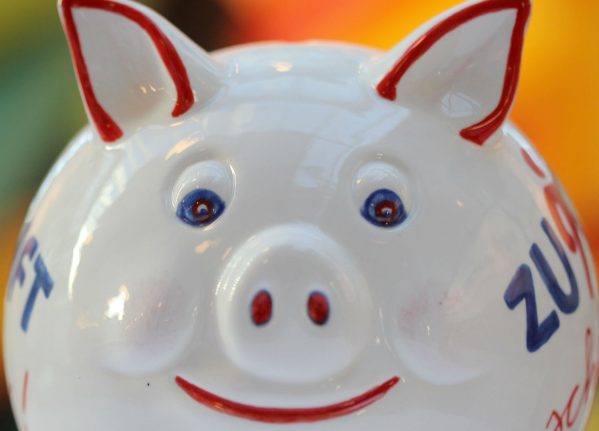 The European Central Bank held interest rates at zero percent in 2016 in an attempt to stimulate growth through spending in the eurozone area.

But they evidently didn’t reckon with the penny-pinching impulse deeply ingrained in the German psyche.

The very meaning of the word debt in German is associated with doing something bad: Schuld (debt) also means guilt.

Meanwhile Germany was labelled “Europe's savings champion” as people worked harder through the financial headwinds of the financial crisis to be able to save more in the years after 2008.

And it seems like this characteristic will survive into 2017.

Two thirds of Germans surveyed by GfK for Berlin finance firm Savedo last week said that they have resolved to pay more attention to their finances next year.

The most popular way of doing this was saving, with 29 percent saying they would regularly start collecting their spare pennies.

To the surprise of the report’s authors, this resolution was most prevalent among the young.

Fifty-six percent of those surveyed between the ages of 14 and 19 said that they had made it their resolution to save more in the new year.

“Generation smartphone think much more conservatively than is often assumed – they want to put money aside,” said Christian Tiessen, CEO of Savedo.

The older people get, the less likely they are to want to save, he noted.

“That is understandable. By the age of 50 or 60 most people already have savings put aside.”

Over a quarter (27 percent) of respondents also said that they would pay more attention in the new year to price comparisons to ensure that they got the best deal on a purchase.

Far fewer were interested in the risk involved in investment.

Eleven percent of those surveyed said they had resolved to put more money into stocks and shares. Six percent, meanwhile, said they would start spending more because saving in the current climate is pointless.