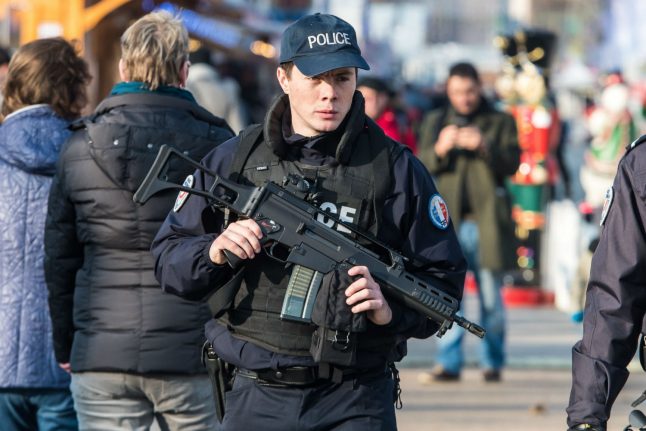 The carnage in the German capital had particular resonance in France, which has borne the brunt of terror attacks in Europe for the past two years.

The witness accounts of a truck barrelling through a crowd of revellers immediately brought to mind the scenes in the Riviera city of Nice in July, where an Islamist used a truck to mow down 86 people during Bastille Day celebrations.

President Francois Hollande said France was under a “high level of threat” following the events in Berlin but pointed out that the country already has a large-scale security operation in place.

France's best-known Christmas market in the picturesque eastern city of Strasbourg has been a particular concern for security forces for years, with at least two jihadist cells in the city being broken up in the past few years.

He urged people to “enjoy themselves” but also be careful when celebrating Christmas and the New Year.

In Strasbourg, police have set up barricades at the various entry points to the main island of the city, where the market is located. While the officers check bags, private security guards mingle with the crowd to keep watch.

The large Christmas market extending along the renowned Champs-Elysees avenue in Paris was the target for a gang of six suspected jihadists arrested in November, according to prosecutors.

In the wake of the Berlin attack, officials on Tuesday added more concrete blast blocks at pedestrian entrances to the market, which is sealed off on the traffic side by barricades.

Ivan Pallen, a 27-year-old marketing student from Mauritius who was enjoying the festive stalls selling sweets and mulled wine, said the level of security was a hard balance to strike.

“You don't see many police but perhaps they are in plain clothes,” he told AFP. “At the same time, you don't want to see soldiers carrying weapons stationed every two metres along a Christmas market.”

Belgium, where many of the plots in Europe have originated, left its alert level at “possible or likely” attack.

In Britain, the central English city of Birmingham erected concrete blocks earlier this month around what it bills as the “largest authentic German Christmas market outside Germany or Austria”.

A spokesman for the National Police Chiefs' Council said that despite the Berlin attack, the threat to Britain remained unchanged at severe, meaning an attack was “highly likely”.

In Austria, a traditional home of the Christmas market, authorities said security would be stepped up around such sites.

Austrian Interior Minister Wolfgang Sobotka urged people not to change their Christmas routines, but to be alert to anything unusual.

“I ask everyone to continue to go to markets or big events, albeit while exercising the greatest caution,” he said.

Poland, where the truck used in the Berlin rampage began its journey before being apparently hijacked, said it would lay on more police patrols around sensitive sites such as stations and shopping centres.