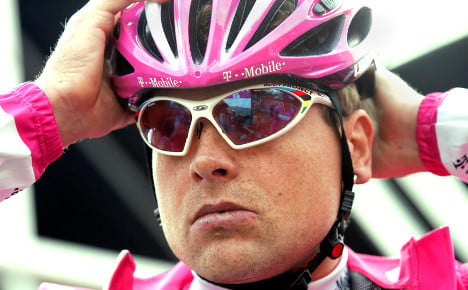 After moving to Germany, the sheer amount of cyclists might surprised you. There are 78 million bicycles in the country – that's almost as many bikes as people. Ten percent of all traffic volume in Germany is made up by cyclists.

Another thing that might surprise you is how few of the people peddling around your local Viertel (district) wear helmets.

In a 2015 YouGov survey, 58 percent of those who rode a bike said they did not wear a helmet.

In a country where cyclists make up 20 percent of all road injuries and 12 percent of road fatalities, you might wonder why there are so few helmets on people's heads. The scene of a crash in Spandau, Berlin. Photo: DPA.

It might be for style reasons, or because Germans just love to feel the wind blowing through their hair.

But if you've ever been sat in an emergency services waiting room with a friend who has had a bike accident, you know how important a helmet can be.

And scientists know it too. A 2015 study by researchers from the University of Arizona of 6,267 patients with traumatic brain injuries after cycling concluded that “helmeted bicycle riders have a 58 percent reduced odds of severe traumatic brain injury after an accident compared to their non-helmeted counterparts.”

Like most countries in the world, Germany has no official legislation when it comes to wearing bicycle helmets. It's up to the cyclist's discretion.

By law, in order to be roadworthy, your bike is required to have a white front light, red brake light and a loud-sounding bell, as well as being in good working order. If not, you could face a fine.

But a Federal Court of Justice (BGH) ruling in 2014 in the case of a cyclist who crashed into a car door made clear that not wearing a helmet does not have a bearing on your responsibility for a crash.

Nonetheless, the 2015 YouGov survey found that a majority of Germans wanted bike helmets to be compulsory. Forty-seven percent thought everyone should have to wear helmets, while 17 percent said certain groups such as children and the elderly should have to. Meanwhile, nearly a third (32 percent) did not want obligatory bike helmet legislation. So with a majority of Germans backing legislation and the science proving helmets protect our brains, one would think that a change in the law should be obvious. But the situation is more complicated than that.

In 1991, Australia introduced its own nationwide helmet requirement, followed by New Zealand in 1994 and a handful of regions and states in North America.

However, a study by the University of New England (Australia) on the impact of the Australian law found that while it led to cyclists wearing helmets, it discouraged many people from cycling altogether, with 42 percent fewer children and 29 percent fewer adults counted on the roads after it took effect.

With fewer people cycling, health risks that come with increased inactivity could outweigh the potential dangers of bike accidents, something cited by the British National Health Service (NHS) as a reason not to impose compulsory laws. The Australian case study was cited by the German Cyclist’s Association (ADFC) – an advocate for cycling in Germany – in their argument against the introduction of obligatory bike helmets,

“A legal regulation, where the largest impact is a decrease in cycling, would be a loss for the country,” the ADFC says.

It argues instead that “a general reduction in accidents involving cyclists should take place through bike-friendly traffic planning.”

Many German cities have followed the ADFC's advice. Berlin increased the number of bike lanes on its roads from 50km to 174km between 2002 and 2012, while Munich – known as Germany's Radlhauptstadt (bike capital) – boasts an impressive 58 bike paths, more than any other German city.

So better infrastructure, rather than enforcement of helmets might be the way to go.