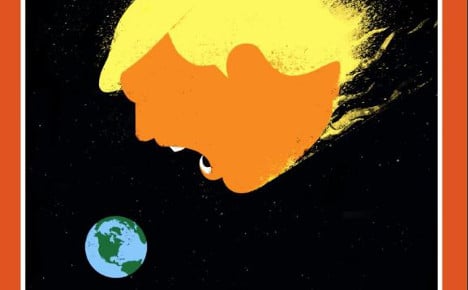 While leaders of Germany's traditional political parties reacted to Trump's victory with “shock”, and the far-right with glee, German media took on a more foreboding tone.

The cover of Der Spiegel's weekly edition, released this weekend, shows a giant meteor in the shape of Trump's head, hurtling towards Earth with its mouth wide open. The headline reads: “The End of the World (as we know it),” a reference to the famous R.E.M. song.

Other major German media outlets have been similarly pessimistic about the real estate mogul's future presidency.

Die Zeit's weekly edition, published following the results, shows a sad Statue of Liberty, hunched over with an American flag wrapped around her like a security blanket, with an English headline reading “OH MY GOD!”

Stern magazine's edition on Friday declared Trump “The Scary President” with a picture of his face emerging into the light from a black background.

Focus magazine chose a close-up photo of Trump's face with the headline “World power rage” followed by the caption “Why Trump won and how his victory will change our lives.”

Still, business newspaper Handelsblatt took a less ominous approach with their weekend edition, with a caricature of a triumphant Trump riding on top of an Air Force One plane, with the question: “Where is America headed?”

Posted by Handelsblatt on Thursday, November 10, 2016 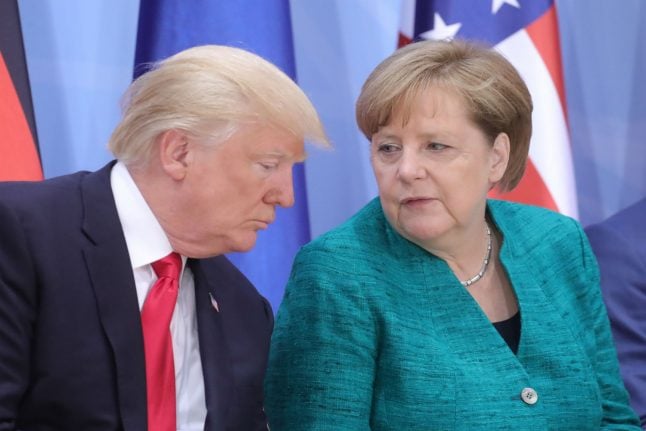 ANGELA MERKEL
Inside the German town with Trump family ties and what it really thinks of him
Url copied to clipboard!