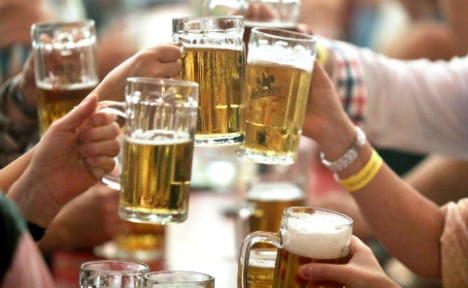 The case ruled specifically to advertising by the Härle brewery in Leutkirch.

Judge Gerhard Ruf said that the word “wholesome” is a descriptor of health benefits, citing an EU directive from 2006 which bans drinks with an alcohol content higher than 1.2 percent from using this description.

Brewery boss Gottfried Härle said he was disappointed at the ruling and said he was considering taking the case all the way up to the Federal Court of Justice (BGH).

Härle brewery was first taken to court by the Organization for Social Competition (VSW) in 2015, which claimed that it shouldn’t be allowed to use “wholesome” on its labeling.

The brewery insists that the word “is a simple marker of quality,” while the VSW said it was a statement on the health benefits of the beer.