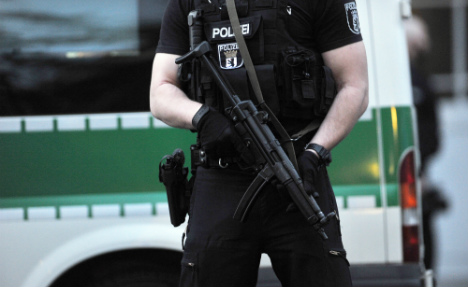 The 27-year-old man had presented himself to German authorities as a Syrian and has been in Germany since 2015, police reported on Twitter.

He was arrested in an apartment in the Schöneberg district of town.

“I am very happy that we have succeeded in detaining the suspect,” said Interíor Minister Thomas de Maizière said on Thursday, adding that police were doing everything in their power “so that Germany does not suffer a terror attack.”

De Maizière also said that the suspect had been under surveillance by Germany’s domestic security agency for some time.
According to information from inside the police investigation, no explosives were found at the man’s apartment, but police have not yet issued an official statement on this.
According to Focus Online, the arrested man was considered “highly dangerous”, with Berlin security officials describing as “a second Jaber Albakr.”

Albakr was allegedly plotting a terror attack on a Berlin airport before police in Saxony raided his house. After a two-day manhunt he was caught. He then apparently hung himself in his jail cell.

Focus also reports that the tip-off that led to the arrest came from a foreign intelligence agency.

According to Die Welt  the suspect is called Ashraf al-T. and had been under police surveillance over a long period of time along with a German accomplice.

Investigators told Die Welt they still do not know how concrete the suspect’s alleged attack plan was, but that they hope to discover this through examination of his communications devices.