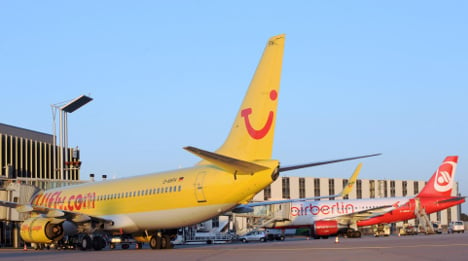 Berlin’s Tegel airport reported that five Air Berlin flights had been cancelled, while a Hamburg airport spokeswoman said there had been two such cancellations in the northern harbour city.

Meanwhile, Tuifly passengers experienced delays in Frankfurt and Hanover after the airline experienced crew shortages on Monday and had to postpone flights.

“The delays yesterday carried over to today,” a Hanover airport spokesman said on Tuesday.

“The fact that this happens precisely on busy holiday travel days is unfortunate. We as an airport are incensed about this.”

Air Berlin has been struggling after suffering a record €447 million loss last year and have been undergoing restructuring efforts to shrink operations.

Germany’s second-largest airline announced recently that it planned to cut 1,200 jobs and reduce its fleet, giving up to 40 aircraft to Lufthansa.

But these efforts have also impacted Tuifly schedules and staffing because a number of Tuifly airplanes have been operated by Air Berlin, crew included.

Air Berlin has also reportedly been in talks about combining airplanes from its Austrian carrier Niki with Tuifly, according to Reuters.