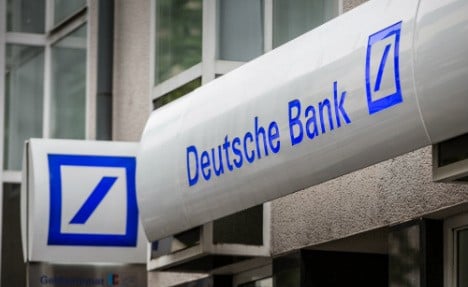 Why are investors worried about Deutsche Bank?

Deutsche Bank has been on shaky ground since the 2008 financial crisis, with repeated scandals forcing it to set aside billions to cover legal costs and fines.

The latest fears were sparked by a $14-billion fine demand from the US Department of Justice (DoJ) over Deutsche's role in the subprime mortgage crisis – on top of around 8,000 legal cases worldwide.

Deutsche is struggling to bring in cash, with its investment arm challenged by slow growth while low interest rates have sapped traditional banking.

New chief executive John Cryan announced a massive restructuring to be completed by 2020, cutting around 9,000 jobs worldwide and 200 branches in Germany.

Combined, the bank's woes pushed it into reporting an almost €7.0 billion loss in 2015.

What triggered the new sell-off?

In response, Deutsche pointed to some 800 remaining hedge fund customers who trusted in its “stable financial position”.

“We should look at the whole picture. Deutsche Bank has more than 20 million customers in total,” CEO Cryan said in a letter to staff on Friday morning.

But “the risk perception by investors is worsening,” IG France analyst Alexandre Baradez told AFP in Paris. The reports of fund withdrawals “ignited the powder”, he said.

How solid are Deutsche's finances really?

Deutsche was one of the worst performers in a European Banking Authority stress test released in July.

But CEO Cryan insisted that the exercise demonstrated that it would survive a grave financial crisis, saying “the bank is well equipped for tough times.”

In his Friday letter to staff, Cryan noted the bank has “a more than comfortable cushion” of €215 billion of liquidity reserves on hand.

“The share price is not being driven by fundamental data,” Nord/LB bank analyst Michael Seufert said, pointing instead to a “loss of trust” among investors.

Why is Deutsche affecting other banks and global markets?

Deutsche Bank remains one of the world's largest banks by assets, with €1.6 trillion on its books – far larger than US bank Lehman Brothers whose bankruptcy triggered the 2008 financial crisis.

The IMF labelled Deutsche “the most important net contributor to systemic risks in the global banking system,” in a June study.

“You can't directly see where the risks are, it's a sort of 'black box',” Nord/LB analyst Seufert explained.

In its 2015 accounts, the bank valued its exposure at 46 trillion dollars – 13 times the German GDP – potentially putting a rescue out of reach.

Would the German government step in?

A year ahead of national elections, German leaders are keen to avoid upsetting voters with a bank bailout – something EU banking rules were designed to prevent.

“The rules must stick, otherwise what is the use of giving ourselves rules?” he asked.

But Schäuble has showed flexibility elsewhere, intervening to let Spain and Portugal off fines for exceeding deficit targets.

This week, Berlin denied it had plans to rescue Deutsche Bank after multiple reports in the German media.

CEO Cryan also said in a newspaper interview that state aid was “off the table”.

Deutsche Bank shares have lost more than half of their value this year – wiping €16 billion off the bank's market capitalisation.

This week alone the stock lost 13 percent, reaching a historic low of €9.90 on Friday morning before recovering slightly to €10.37 just after 1015 GMT.