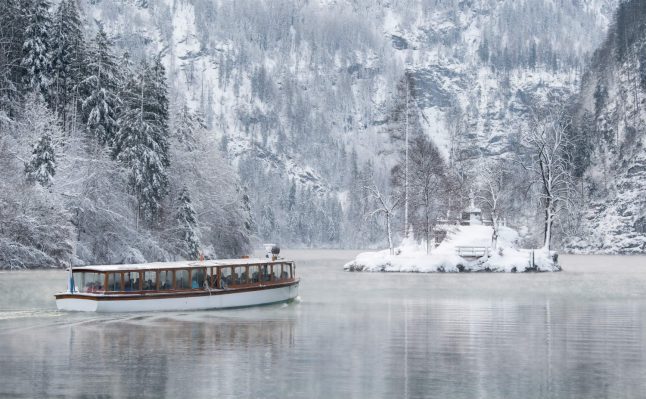 These chalk-white cliffs that plunge down into the turquoise sea below are known as the Königsstuhl (king's chair) and are a favourite for sight-seers at the Jasmund National Park on the Baltic island of Rügen.

Close to the Austrian border and nestled within the Berchtesgaden Alps, Königssee is a picturesque spot known for its clean, clear water.

The Bastei Bridge in this national park outside Dresden was built on a one-million-year-old rock formation that towers 194 metres above the Elbe River.

Exploring by canoe or taking a gondola boat tour along the interconnected canals through the Spreewald’s boundless nature is a magical experience – and one that can be perfectly captured through an Instagram filter.

This little Bavarian town is the stuff fairy tales are made of, with its wonderfully preserved medieval buildings to its quaint cobblestone streets. It’s also located along the so-called “Romantic Road” linking picturesque villages and castles.

And this location actually did inspire fairy tales – at least Disney versions of them, becoming the model for Disneyland’s Sleeping Beauty Castle.

In The Local’s opinion, not even Instagram can truly capture the surprising beauty that is Gendarmenmarkt, located in the heart of an otherwise grungy, modern capital city.

Known as the “White Pearl” or the “White Town by the Sea” for its white buildings lining the sand, this coastal resort is the oldest seaside spa in continental Europe.

Located just outside the former West German capital of Bonn, this 19th century castle has stunning views overlooking the Rhine River and valley below. Getting the chance to snap a selfie from the top is itself worth a trip.

This lake at the foot of the Alps actually has shorelines in Austria and Switzerland as well – and it’s Europe’s third largest freshwater lake.