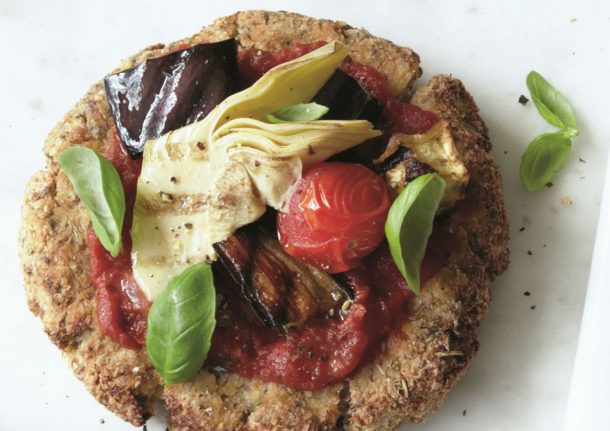 Even pizza can be prepared vegan, and delicious. Photo: DPA

Get into the habit of reading labels. All allergenic ingredients are in bold. Since you're in Germany, learn the words for the most common ingredients that are typically not vegan. These are the most common: Milch / Milchpulver (Milk), Fleisch (Meat of any kind), Käse (Cheese), Ei (Eggs) Butter (Butter), Joghurt (Yogurt), Honig (Honey), Molke/ Molkepulver (Whey).

Most of these words seem straight-forward enough. But in the beginning you might have a hard time spotting them. One time I bought a normal toast bread (assuming it was, you know, just bread), and it shocked me to discover there was pork fat in it. Don’t be afraid to ask questions. It’s true that in big cities like Berlin, Frankfurt and Munich, most people know what a vegetarian diet is. However, there’s still some lack of knowledge. For example, they might not know that vegan also means that you don’t consume honey. So it’s good to double check and explain, if possible, that you consume no animal products at all.

So far I haven't had someone acting rude after being asked for vegan options. They might not always be thrilled either, but if you are nice, people will help you.

Rely on apps such as FourSquare, Yelp and HappyCow to find restaurant reviews. You’d be surprised with the amount of information available. On HappyCow you can filter results by vegan, vegetarian and veg-friendly. On Foursquare, you can also search for the most important keywords and see if there’s any vegan option available.

I recently discovered a steak place in Berlin that I would never imagine had vegan options. It was actually on Foursquare that I saw a photo of their gigantic vegan menu.

4. Broccoli will be overcooked. Deal with it. Now, there are some remote parts of Germany that might lack any options at all. Expect some over-cooked broccoli, potatoes, and cabbage. Yes, that’s it. However, I can assure you that you’ll find something to eat almost anywhere. One time at my company's off-site I had the most broccoli of my entire life. But hey, at least I was never hungry!

5. Get into Middle Eastern food

Enjoy the wonders of Turkish and Arabic cuisine! A few Middle Eastern dishes such as falafel and hummus are typically vegan and delicious. You just have to make sure to ask without sauce, as they're usually yogurt-based. When I first moved here I was obsessed with falafel – I would eat it for dinner practically everyday. No joke!

A few of the big German supermarkets now have entire sections marked vegan. You just have to look for them. Rewe, Kaiser's and DM even sell some products from specialist vegan brands. It’s always good to know that wherever you are in Germany, you have at least a few products available in the supermarket.

7. Farmers are your friends

Go to farmer’s markets. You’ll find them across the whole country. They are one of the best ways to get your hands on fresh and local produce. My favourite in Berlin is at Kollwitzplatz on Saturdays. It runs from 9/10 am until 4 pm and you can buy tofu, which is fresh and made in Berlin.

SEE ALSO: How veganism is taking over the German capital 
8. You can still eat spicy sausage!

Try vegan currywurst. Some of the standard joints now have the vegetarian version. The taste is the same, and trust me: the secret is in the ketchup and curry.

Look for a list of additives in restaurants. Most restaurants across the country should have it. The list might be necessary if someone has an allergy. I've asked for this list a couple of times, and was surprised to discover some of the dishes had fish sauce, for example.

With warmer weather around the corner, there are several food festivals throughout Germany devoted to all plant-based cuisine. Check out the sprawling Vegan Street Day in Stuttgart and Dortmund, Germany's largest vegan street food festivals with over 100 presenters and 100,000 visitors from throughout the country.

Especially in cities such as Berlin, there are a slew of vegan cooking classes, from specialized workshops on how to make your own “cheese” out of nuts to preparing a Vietnamese vegan dinner. The website Deutschland Ist Vegan lists some cooking events, as well as many recipes you are encouraged to try at home.

And last but not least, follow these rules: be prepared, plan ahead and be open-minded. Don’t worry about eating stir-fried veggies. I still remember when the cook at one restaurant was kind enough to make me a vegan dish and the result was the best ratatouille of my life!

Inês David is a food writer from Portugal. You can follow her journey through Berlin's vegan scene on Instagram.