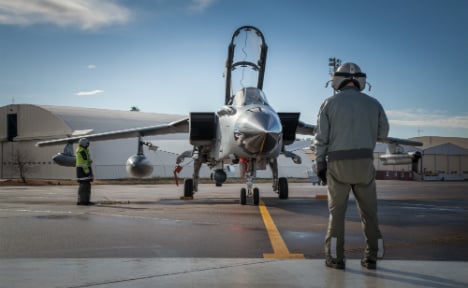 Chancellor Angela Merkel's spokesman Steffen Seibert said it had always been clear that the June vote calling the Ottoman-era mass killing a “genocide” had no legally binding character, a question he said was of great interest to Ankara.

But Seibert rejected as “misleading and wrong” a report by news site Spiegel Online that, by reiterating this point, Merkel's government was seeking to appease Turkey's President Recep Tayyip Erdogan.

“There is a false assertion that the German government wants to distance itself from the resolution of the Bundestag. This is absolutely not true,” he said.

He added that parliament, as a sovereign body, had the right to issue statements on political issues of its choice, “even if they are not legally binding, as it says on its website”.

A Spiegel reporter fired back, tweeting that Seibert “is doing exactly what it says in the report which he is denying: explicitly pointing out that the resolution is non-binding”.

'Many areas of friction'

Already tense relations between Berlin and Ankara took a nose-dive after the vote three months ago.

Erdogan angrily charged that the 11 German lawmakers with Turkish roots who backed it should undergo “blood tests” to see “what kind of Turks they are”.

Turkey has since then denied German lawmakers the right to visit their national troops on the NATO air base of Incirlik, used by Western allies to fight jihadists in Syria.

There are also fears the rising discord could imperil an EU-Ankara agreement under which Turkey has moved to halt the mass flow of refugees and migrants into Europe.

Foreign Minister Frank-Walter Steinmeier also said Friday, when asked about the Spiegel report, that the German parliament “has the right and freedom to comment on political issues but, as the parliament says itself, not every resolution is legally binding”.

German-Turkish relations have been under strain for some time, with Berlin also speaking out against Turkey's tough line against critical journalists and its Kurdish minority, and the mass arrests after its failed coup in July.

Steinmeier said there had been “many areas of friction, not just since the coup attempt”, and again urged Turkey to respect the rule of law in its treatment of the tens of thousands of detainees.

The minister also said that “of course it is the task of diplomats to reduce these areas of friction and to search for ways to maintain relations with Turkey and to provide a future perspective for them”.

“In recent talks we got the impression that this is an interest also shared by Turkey.”