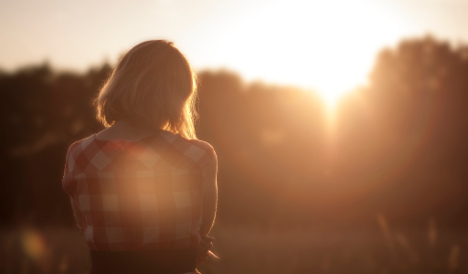 Germany ranked overall 17 out of 67 countries for the best place to live as an expat, according to the InterNations Expat Insider 2016 survey, released in full on Monday.

The survey by InterNations – which defines 'expats' as people who live in a different country to the one they were born in or whose nationality they have – quizzed some 14,300 people of 174 nationalities in 191 countries about various aspects of their lives.

Only sample sizes of at least 50 respondents per country were used in the final report.

Germany scored as one of the worst places for expats to adjust to socially, ranking 57th in terms of ease of settling in, and 55th for overall friendliness.

“People are not as open-minded as in other countries and it takes a while to make friends and be accepted,” according to one survey participant.

The most common complaint given by 62 percent of respondents was the difficulty of learning German, compared to the global average of 45 percent of expats. About one in five (21 percent) said it was difficult to live in Germany without knowing the language, compared to 19 percent globally.

“This might be partly a reason for the fact that 49 percent of expats have difficulties in socializing with the locals and finding German friends,” the report notes.

But despite these difficulties, 58 percent of respondents in Germany said they felt at home in the local culture.

A top place for families In particular, expats rated Germany the tenth best place for family life, with praise for the quality and cost of childcare or education, as well as for children’s healthcare and well-being.

More than half (52 percent) of parents were satisfied with their children’s health in Germany and 45 percent rated safety for kids very high.

Germany was also rated in the top ten for its amount of leisure activities for kids at eighth place worldwide.

“I feel very safe and secure here and I feel that by living in Germany, I am giving our son the best opportunities in life,” one respondent told InterNations.

However, Germany scored as one of the worst places in terms of people having friendly attitudes towards families at 41st out of 45 countries.

One area where Germany performed particularly well was in the category of working abroad, climbing up to third place, “thanks to its consistently strong economy,” according to the report.

Moving for a job was the main reason that expats said they came to Germany, followed by love and studies.

The majority of expats (72 percent) were quite pleased with their work hours, with the average number being 39.9 hours, compared to 41.4 globally.

The biggest industry for expats was the tech or internet sector, with 22 percent of respondents in this field.

The top overall country in the survey was Taiwan, followed by Malta, Ecuador, Mexico and New Zealand.

The worst country was Kuwait, with Greece, Nigeria, Brazil and Saudi Arabia also falling into the bottom five. PARTNER CONTENT
The tax terms that every expat in Germany needs to know
Url copied to clipboard!