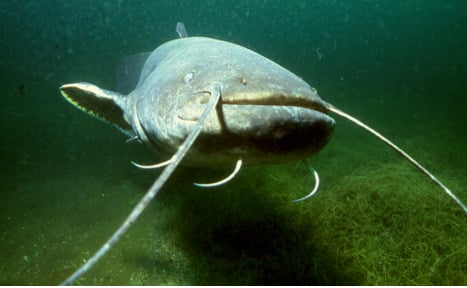 The woman was swimming in a lake in Straubing-Bogen in southeastern Bavaria when the huge flesh-eating fish bit into her leg, the Süddeutsche Zeitung (SZ) reported on Wednesday.

She immediately turned round and was able to swim back to the shore in safety. But the large bite left in her leg allowed experts to estimate that the beast – a wels catfish – that had a nip at her was around two metres in length, about 6.5 feet.

An expert from the Bavarian Fishing Association told the SZ that such incidents are not wholly uncommon, especially when the male is protecting a pair’s eggs.

“If a swimmer comes too near, it can certainly happen that he’ll try and scare the competition away,” said Johannes Schnell.

But he added that the attacks do not pose a danger to people’s lives and that “we can do just as little to prevent them as we can with deer jumping in front of a car.”

The Wels catfish is indigenous to central, southern and eastern Europe, is the largest freshwater fish in Europe, according to the Catfish Conservation Group.

Their diet consists of other fish, either dead or alive, and small birds. They have even been spotted “beaching” like a killer whale to grab unsuspecting pigeons standing on the shore.

Apart from some of the most spectacular swimming spots in Germany, the lakes of Bavaria are also known to have some surprises hidden in their depths.

Last summer a teenage girl swimming at the beautiful Lake König in southern Bavaria found a gold bar at the bottom. When no one claimed the precious metal, she was allowed to keep it.