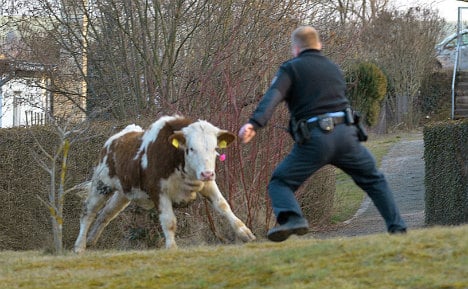 The wild goose chase is finally over. Western Germany can sleep easy again at night.

After fruitlessly searching for an elusive fugitive for a whole month, police in the state of Rhineland-Palatinate made a triumphant announcement on Tuesday. The net had been closed on the runaway – the cops had got their man.

Well, man might not be exactly the right description. This was a female for a start. And she was one of the four-legged variety.

A month ago a plucky bovine dodged a bullet when she escaped from a slaughterhouse in Kaiserslautern, reports broadcaster SWR.

Several police helicopters were dispatched to hunt the escapee, who has since been named Johanna.

Although officers spotted her now and then, Johanna immediately disappeared again each time, and police abandoned the search in frustration.

But, after a couple of weeks, the slippery beast once again ventured out into the public eye, walking down a street.

When cops moved in though, Johanna was already gone. She had fled into a nearby forest where, among the trees, she was practically impossible to trace.

Perhaps embittered that the humans who had raised her to adulthood now wanted to put her on a plate, Johanna turned to ever more radical means.

She began straying onto railway tracks, disrupting the service between Kaiserslautern and Landstuhl on several occasions.

A reward was placed on her head (by an animal welfare organization). But one professional animal catcher soon gave up, claiming the bovine simply couldn't be found.

As is so often the case with free spirits of her nature though, Johanna eventually rode her luck too far.

Her next target was a factory owned by the car maker Opel. At 3am on Tuesday she crossed into the premises. What devious plan she had in mind, only she knows. But security guards caught her movements on CCTV and alerted the fire brigade.

By the time Johanna noticed that she was being tailed, it was too late. As she turned to make a getaway, firemen drove her into a closed-off area and her dramatic time on the run was over.

But the story doesn't end there. Johanna's life is to be spared.

In the next few days, she will be taken to an animal sanctuary in northern Rhineland-Palatinate to live out her days. But the animal keepers there will no doubt be under strict instructions to keep a very close eye on her. 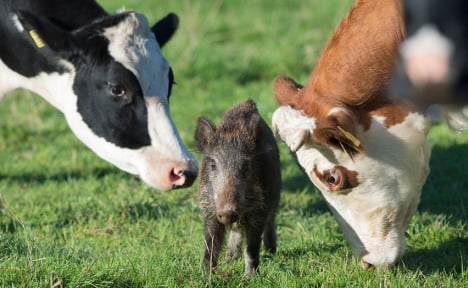 Johann found love among the herd in Göttingen. Photo: DPA.

It was Kraft's son who first spotted the newest addition to the herd, he said.

The apparently orphaned piglet – who the pair have since named Johann – was found cosied up amongst the cows, who certainly stepped up to the task of looking after him.

In a “touching” display, the herd treated Johann like one of their own calves, reports Bild – licking the piglet clean and letting him snuggle up to them. Johann's story was soon picked up by local media, and curious visitors began turning up at the meadow to see the piglet and his new foster family.

But the attention was apparently all too much for Johann.

The piglet upped sticks again, wandering to a different meadow a few hundred metres away.

Here, he found a new cattle herd to join – and currently lives among five pregnant cows.

Johann's newest family have already accepted him and treat him well, said Kraft.

The piglet doesn't struggle to find food either: while his pregnant foster-mothers munch on grass, the boar happily forages for may bug larvae and acorns. 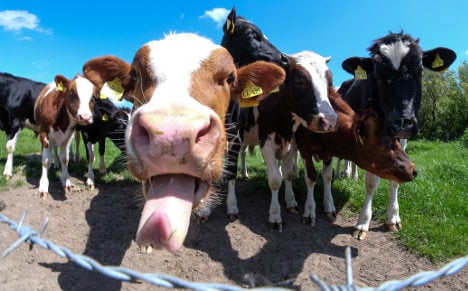 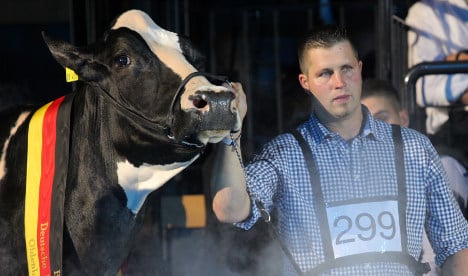