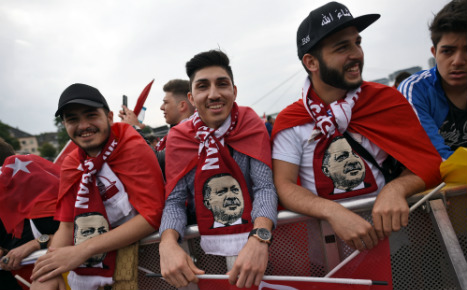 “The charge d'affaires has been summoned to the Turkish foreign ministry at 1.00 pm [local time],” a spokeswoman for the German embassy told AFP, adding that the ambassador was not in town.

Tens of thousands of supporters of President Recep Tayyip Erdogan rallied in Cologne on Sunday to show their opposition to a failed coup on July 15th, which aimed to unseat the Turkish leader.

Hours before the demonstration, Germany's constitutional court banned an application to show live speeches from Turkey by politicians including Erdogan, amid fears they could work the crowd up further.

The decision sparked anger in Turkey, with presidential spokesman Ibrahim Kalin calling the ban unacceptable and a “violation of the freedom of expression and the right to free assembly”.

Germany is home to three million ethnic Turks, making up Turkey's largest diaspora, and tensions over the coup have put authorities there on edge.

The tension comes at a time when relations between Germany and Turkey are already strained over the German parliament's decision to brand as genocide the World War I-era Armenian massacre by Ottoman forces.