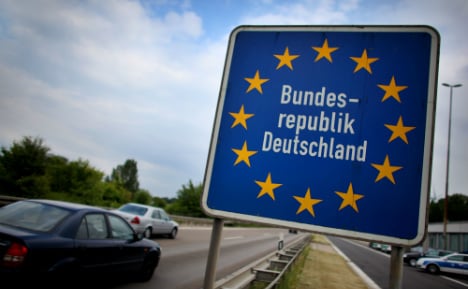 According to figures given to the Rheinische Post by federal police 4,900 refugees arrived in Germany in June, a marked drop from May when 16,300 asylum seekers came to the Bundesrepublik.

The number of refugees arriving in Germany has dropped off sharply since the beginning of the year after the closure of the Balkan route and the EU agreeing a controversial deal with Turkey, whereby the EU would take one refugee for every one returned from Greece.

In total in the first six months of 2016, 211,000 asylum seekers arrived in Germany, meaning that the first half year saw fewer arrivals than November 2015 alone.

The figures also show a month-by-month decline in arrivals. While in January 92,000 asylum seekers crossed into Germany, in February the number sank to 61,000 and in March it dropped yet more drastically to 20,000.

In June, 3,050 of the refugees who arrived in Germany crossed into the country from Austria, the end of the so-called Balkan route before it was effectively shut down by Balkan countries closing their borders.

Nonetheless the backlog in asylum applications at the Federal Office for Migration and Refugees (BAMF) remains enormous.

There are still close to half a million cases yet to be decided upon as the office struggles to cut through work that built up through 2015.